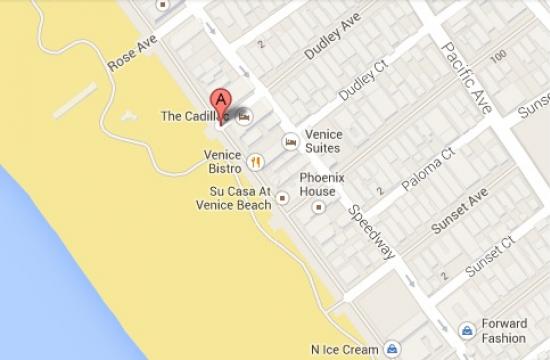 A 32-year-old Italian woman reportedly on her honeymoon was killed Saturday evening and 11 other people injured after a man plowed into crowds along Ocean Front Walk in Venice in a Dodge Avenger.

Out of the 11 other victims, one is listed in critical condition, two in serious condition, and eight are being treated for less-serious injuries.

According to the Los Angeles Sheriff’s Department inmate information website, Campbell was booked for murder following the incident at 2:43 am Sunday and is being held on $1 million bail.

The website lists his birthday as just two days prior to the incident on Thursday, Aug. 1.

The incident began at about 6 pm when Campbell began his rampage in the 100 block of Dudley Avenue before turning onto Ocean Front Walk and driving south.

The suspect abandoned the car about two miles away at Ocean Park Boulevard and Beverly Avenue in Santa Monica before turning himself in at the Santa Monica Police Department.