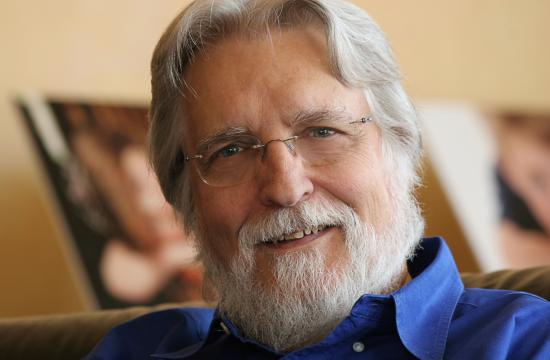 Best-selling author Neale Donald Walsch of the Conversations with God book series will be the special graduation speaker at the upcoming University of Santa Monica (USM) 2013 commencement ceremony. The annual event will take place on Sunday, Aug. 25, at 2 pm in Royce Hall on the UCLA campus.

Walsch was previously USM’s Commencement speaker in 2005 and also wrote the forward for Loyalty to Your Soul: The Heart of Spiritual Psychology (Hay House, 2010) by H. Ronald Hulnick, Ph.D., and Mary R. Hulnick, Ph.D., who are the founding faculty and co-directors of USM.

In his past USM Commencement address, Walsch said, “These students . . . are dedicated to being the answer to the soul’s only question . . . which this University seeks to answer. Or, better yet . . . seeks to provide the space from which the answer might emerge. And here is the three-word question: Who am I?”

Walsch is considered to be a modern-day spiritual messenger whose words continue to touch the world in profound ways. The Conversations with God books have been translated into 37 languages, and each has made the New York Times bestseller list.

The first book in the series remained on the list for over two and half years.

“We have invited Neale Donald Walsch back again, because his philosophy is very much in alignment with our university’s mission to bridge the spiritual and physical realities,” said USM President Dr. H. Ronald Hulnick. “He has dedicated his life and his writings to help people become aware of God and spirit in a more direct way while experiencing peace, joy, harmony, and an understanding of their innate divine nature.”

This coming year, the school will also offer a third year emphasis in Consciousness, Health, and Healing for those students who have already completed the two-year course of study.

USM’s commencement ceremony is a heartfelt acknowledgment and celebration of the levels of commitment, courage, focus, strength-of-heart, and academic excellence that each student has brought forward in order to complete their graduate studies at USM.

The class of 2013 will bring the total number of graduates to more than 3,750 worldwide since its founding in 1976. The public is invited to attend this free, uplifting event in person at UCLA’s Royce Hall or via live web stream at www.ustream.tv/channel/usmevents.