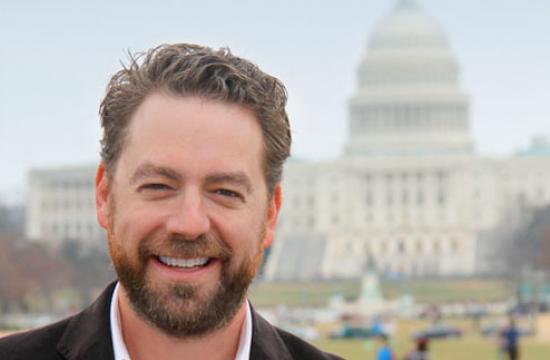 West Hollywood resident Brent Roske has announced he will run as an independent Congressional candidate for California’s 33rd District in the June 2014 primary against incumbent Henry Waxman.

Roske said he grew up in Minnesota but has lived in Los Angeles for 15 years, currently in West Hollywood.

“I work in Beverly Hills and have a small sailboat in Marina del Rey,” Roske said. “I spend seven days a week in the 33rd District.”

He said he had thought about running since he was a teenager.

As an executive producer for the web show Chasing The Hill (a political drama created by Roske and co-executive producer with Emmy winner Richard Schiff who played Toby on The West Wing), he said he felt like the time was now or never to run.

“My campaign is also a statement against our current system of outrageous campaign spending,” Roske said. “Mine is called the ‘2 for 1, $4k’ campaign, meaning if I win I’ll job-share with Waxman for the first year, which is the ‘2 for 1’ part. The ‘$4k’ represents a small spend to make a change. Senator Margaret Chase Smyth never accepted donations for her campaigns and served in Congress for over 30 years. $6 billion was spent during the last presidential cycle which is a sad waste of money.”

Roske said he’s been speaking at political groups and will use his time as a candidate to do as much educating about the issues that are important to him and to the 33rd District.

“I’m co-hosting an event in a few weeks about the environment and the one after that will focus on Secretary Kerry’s new efforts toward a two-state solution for Israel and Palestine,” he said. “Being a candidate has already opened up doors and created a mini-platform which I’m using to do as much advocacy as I can.”

He said the main reason he is running is to help create bridges between the two parties, which is why he’s running as an Independent.

“This is not an easy thing to do and I don’t know if it can even be done, but someone has to try,” he said. “In the Senate we currently have two Independents, but in the House there aren’t any representatives who’s job is to work the middle. This needs to change now.”