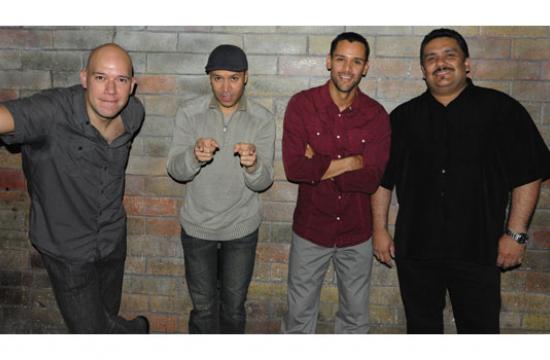 A series of jazz artists are set to perform in Santa Monica as the 8th annual Jazz on the Lawn concert series returns to Stewart Park this Sunday.

Jazz on the Lawn is a free family-friendly event that attracts an audience of all ages.

The Latin jazz and salsa power quartet, Conganas, will be kicking off the event this Sunday.

Headed by ensemble leader, Christian Moraga, Conganas’ ability to effortlessly switch between Latin inspired music, straight ahead jazz, and salsa is sure to captivate the Santa Monica audience.

After studying Latin music privately in Cuba, Moraga then took his musical studies to New York.

Moraga has been living in the United States for seven years and has had the opportunity to play with prominent artists such as Oscar Hernandez and Chaka Khan.

Moraga’s 20 years of experience as a professional has afforded him the opportunity to start Conganas two and a half years ago.

“This is the fist time I have been a band leader,” Moraga said. “It has been a wonderful experience, especially to be with these three other musicians who get along so well with each other.”

Since forming a little less than three years ago, Conganas has been performing consistently in Los Angeles.

“Our consistent gigs in Los Angeles have really helped to establish ourselves as a group,” Moraga said. The ensemble is currently producing an album, which will be finalized, and available at the Aug. 4 event.

“I’m very excited that our album will be available for our Santa Monica audience,” he said.

Moraga said his Latin Jazz ensemble can be described as having influences in an Afro Cuban past, Jazz, and a bit of salsa.

The origins of Latin jazz can be found in Afro Cuban and Puerto Rican roots, while the structure and harmony of the music is based in a jazz context. A typical Latin jazz ensemble, Moraga explained, would have a large ensemble playing a variety of instruments.

With only four members in the ensemble, the biggest challenge for the group is making their music sound as if their band is larger than it is. For this reason, each member of the group plays more than one role.

“The goal of the group is to make it sound like there are more than four people,” Moraga said. “We have reached this goal because when people see us perform they are surprised that there are only four of us.”

Despite this challenge, Moraga said he is pleased with the group’s outcome.

“Our piano player sings, our percussion player also plays trumpet, and I play a particular percussion set while my left foot plays the bell and right foot plays a bass drum,” he said. The group’s commitment to play more than one instrument has brought the band much success, Moraga said.

Performing at the Jazz on the Lawn event will be the first time Conganas will have played in Santa Monica.

“I’ve never played in Santa Monica and I’m looking forward to it,” he said.

Moraga said he thinks the audience will be receptive to his music because his group typically appeals to a diverse demographic.

“I’m very thankful for the opportunity to play in Santa Monica and I’m thankful to have been selected for this festival,” Moraga said.

The event will continue every subsequent Sunday through Aug. 25 from 5-7 pm.