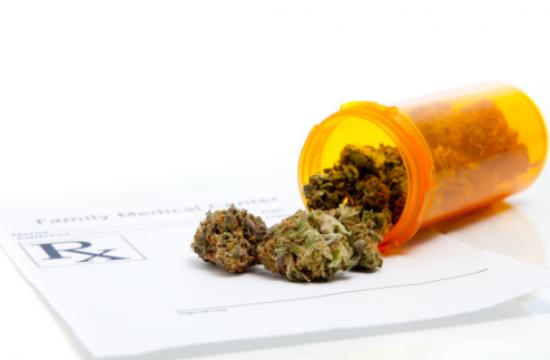 Santa Monica might not see a medical marijuana dispensary within city limits for at least one more year based upon a moratorium Council members extended Tuesday.

However, four of seven Council members supported a separate direction for City staff to bring back to council a proposal paving the way for medical marijuana dispensaries to exist after the City’s new zoning ordinance is approved in December.

Proposed by Council member Kevin McKeown and supported by Council members Gleam Davis, Ted Winterer, and Tony Vazquez, the council might consider a proposed law allowing medical marijuana dispensaries in Santa Monica as early as January but likely at some point in early 2014.

Between now and then, Council members would have to make sure the new zoning ordinance, which is on par to be enacted later this year, has specific language in it to either allow medical marijuana facilities to safely and responsibly operate within Santa Monica or be banned entirely.

With approved staff direction in place, council members such as McKeown hope a proposed ordinance outlining zoning language to allow the responsible operation of medical marijuana dispensaries would come to the dais once new zoning laws are enacted but well before the now current one-year moratorium expires.

However, as long as the Interim Zoning Ordinance is in place, the moratorium on medical marijuana dispensaries that council members initially approved in October 2012 will continue to remain in effect.

If the one-year extension were not approved, the moratorium would have lifted Oct. 1.

The two votes – one to approve the staff direction and the other to approve the one-year moratorium extension – did not come without a testy moment and some stern words from the dais.

During public testimony, one Santa Monica resident did not heed the time limitation while at the podium. Defiantly continuing on with his commentary well after Mayor Pam O’Connor instructed him his time was up, the microphone was muted. Still continuing his commentary, O’Connor called for a 10-minute break and all the council members walked away from the dais until they were allowed to resume the matter.

When the council returned to the dais, Council member Bob Holbrook made clear he was in full support of extending the moratorium on medical marijuana dispensaries but would not vote in favor of any ordinance allowing such venues to exist in Santa Monica.

Pointing out medical marijuana is available “less than a city block” away from Santa Monica, Holbrook said allowing dispensaries here would be “problematic for Santa Monica.”

“I think it is a readily available substance. It has been problematic in other cities,” said Holbrook, who has a PhD and is a pharmacist by profession said.

Holbrook added he personally knew people whose lives “had been ruined by this medical marijuana.”

Conversely, McKeown pointed out everyone on the dais had a colleague – former Los Angeles Council member Bill Rosendahl – who recently relied upon medical marijuana to battle cancer.

“The idea that you should have to go out of town to get medicine that is legal under state law is absolutely preposterous,” he told Council members. “People are saying this should be regulated. I agree. The regulation you should allow is the absolute minimum.

“We’re talking about a drug here that has numerous beneficial medical applications [and] never has killed anyone,” he added.

The staff direction approved Aug. 13 does not ensure medical marijuana dispensaries will become a reality after the new zoning law is approved. When City staff returns to the dais with a proposed ordinance for medical marijuana dispensaries to possibly exist within Santa Monica, council members will engage in a full debate and vote to determine the merits of the new law at that time.