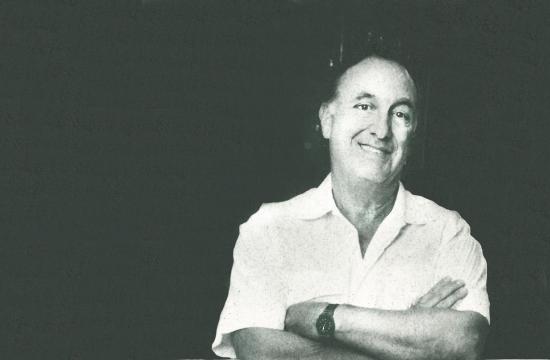 Walter (Walt) Diamond, the and iconic decorative kitchen and bath retailer and long term Santa Monica businessman who co-founded Snyder Diamond over 64 years ago, has died. He was 85.

Diamond passed away Tuesday, July 30, 2013 after a brief battle with a Lymphoma brain tumor. Diamond’s Santa Monica flagship store is an institution in the industry.

Born in Chicago in 1927, Walter Diamond moved to Los Angeles in 1935 at the age of eight. He grew up in the Boyle Heights section of LA and attended Fairfax high school.

Wanting to defend his country after the attack on Pearl Harbor, Diamond enlisted into the Navy at the young age of 17 and was called into active duty in March of 1945.

Diamond’s mastery of merchandising was legendary, and he is regarded as a true industry pioneer credited with expanding the use of modern kitchen and bath vignette display.

Snyder Diamond showrooms were among the first to showcase full bathroom presentations, including vanity and medicine cabinets, with decorative faucets displayed as a coordinated bath furnishings package.

He helped create one of the great decorative plumbing and hardware businesses in North America.

The introduction of European design, style and quality in the decorative faucet and accessory business can be linked to the opportunity Diamond offered to many overseas companies wanting to showcase their products in North America.

He was one of the first showroom owners to introduce European faucets to the marketplace, and helped create a reputation for unique product lines and innovation which remains a Snyder Diamond hallmark.

For more than half a century, Snyder Diamond has been an institution in Southern California.

Today it is considered the go-to kitchen and bath resource for designers, architects and homeowners.

Diamond and businessman Lou Snyder formed their original partnership in the mid 1950s which endured until Snyder’s untimely death in 1996.

The company still maintains its original Santa Monica location along with showroom locations in Pasadena and North Hollywood.

Walt’s enduring legacy is Snyder-Diamond (still family run and operated) and with all the people whose lives he touched both personally and professionally during his long life.

Walt is survived by his wife Sharon (Sheri), his three sons, Jeffrey, Russell and Glenn and daughter Tamara.

A memorial for Walter Diamond is still pending but in lieu of flowers a donation can be made in his name to WeSpark (wespark.org) the cancer support center or to the City of Hope.