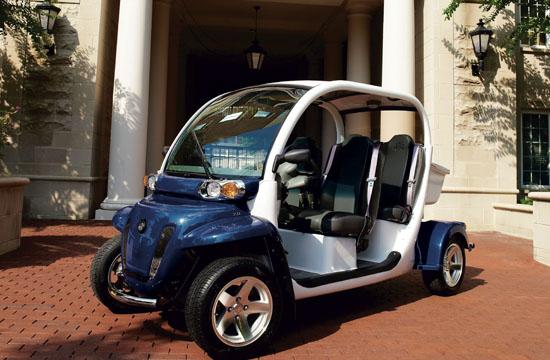 The omission of three words – “current and valid” – from a Santa Monica law governing parking meters could result in greater privileges for electric, low-, or zero-emission vehicles based upon direction council members gave City staff on Tuesday.

In a request brought by Mayor pro tem Terry O’Day and council members Kevin McKeown and Ted Winterer, City staff will look into preparing an ordinance amendment to allow users of electric and other low- or zero-emission vehicles to be entitled to free parking in Santa Monica despite evolving State laws.

Council members voted 5 to 1 in favor of the City staff direction.

The inquiry came up when, according to McKeown, a local member of the State Assembly parked in Santa Monica but received a parking ticket although City Hall passed the current ordinance allowing such vehicles to park at a metered stall without having to pay so long as it had a “current and valid” permit.

However, State law regulating what constitutes a “current and valid” permit is constantly changing, according to council member Kevin McKeown. Therefore, there are various people in Santa Monica who have zero-emission vehicle permits but, as an unintended consequence, are not able to take advantage of parking privileges as City Hall had originally intended because local law was directly tied to the evolving State law.

McKeown said during the council meeting he had a few discussions about this issue with City staff and a simple resolution was suggested: decouple City law from State law.

Eliminating the words “current and valid” from the local ordinance would be sufficient action, according to McKeown.

“It would keep the rest of our parking ordinance, yet it would allow Neighborhood Electric Vehicles to get the privilege of being zero emission and very desirable in Santa Monica,” McKeown said.

Neighborhood Electric Vehicles, or NEVs, suffer the most from current State law. NEVs are battery powered vehicles that resemble golf carts and are legally allowed on roads with speed limits up to 45 MPH. However, State law currently provides zero emission stickers to vehicles using carpool – or high occupancy vehicle – lanes on freeways. Since NEVs are not legally allowed on freeways, drivers of such vehicles cannot obtain a zero emission sticker and therefore would be subject to pay for parking in Santa Monica.

Those who voted in favor of the City staff direction hope the amended ordinance, if ultimately approved, would bring NEVs into the fold and reinstitute an incentive for drivers to obtain such vehicles.

Mayor Pam O’Connor, who was the sole vote against the direction, said while she was in favor of incentivizing greater use of zero emission vehicles providing free parking was not the best means to do so.

No timeline was set for when proposed ordinance amendment would come back to the dais.