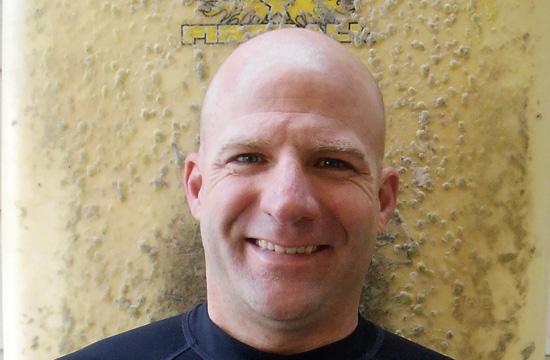 Neil Grunig’s 19 years of surf experience has afforded him the opportunity to share his experiences and perspective on surfing and the ocean in his first published book.

“Wave Riding: The Life and Times of a Surfer” does not only chronicle Grunig’s surfing endeavors, but it also seeks to impart how riding waves can shed light on the power and importance of the ocean.

For Grunig, the impetus behind writing a book was to educate and inform as many people as possible about surfing and the ocean.

“The emphasis was to reach more people,” Grunig said. “On the beach, I teach individuals, but in a book I can reach a larger group of people.”

The book isn’t just autobiographical, but is also speaks of ocean and marine life in addition to teaching surfing.

Grunig was able to break down the way he teaches surfing on the beach, into writing.

He said he wanted to reach a large group of people because he has an important message he hoped readers would get from his book.

The underlying message of the book is to take care of the ocean and the environment in general.

Originally hailing from Maryland, Grunig spent many summers during college in Ocean City, where he first developed a passion for surfing.

“As soon as I caught my first wave, I was instantly hooked,” Grunig said. “I fell in love with beach culture and the ocean.”

After continuing his summers surfing in Ocean City, Grunig eventually decided to move to Newport Beach, where he further developed his love for the waves.

“I was surfing constantly and I was completely encapsulated in it and becoming more and more embedded into the whole culture of it,” Grunig said.

As his love for the sport grew, so did his talent, as he was eventually able to surf 20-foot waves.

His time surfing in Newport Beach soon led him on a new path, as he began teaching surfing to students in Santa Monica.

“Teaching allowed me to look at surfing in a completely new way, which helped me with my own surfing,” Grunig said.

For Grunig, teaching surfing is not just about explaining the mechanics of the movements, but also about informing students about beach culture.

“When you are by the beach you become immersed in that particular community,” Grunig said. “When you live by the beach everything is focused around the ocean and this niche develops.”

Since Santa Monica attracts international visitors, Grunig has taught surfing students from all over the world.

“The school I worked for brought in people from all over the world: Ireland, Germany, France, and Asia,” he said.

Even though Grunig has seen students from all over the globe, he also hopes to keep the surf enthusiasm alive in his own home, as he is currently teaching his sons how to surf.

Grunig’s videos are based off of portions from his book.

“I go out into the water and take shots of myself surfing and incorporate that with information on where I’m at,” Grunig said.

To order “Wave Riding: The Life and Times of a Surfer,” visit amazon.com/Wave-Riding-Life-Times-Surfer.