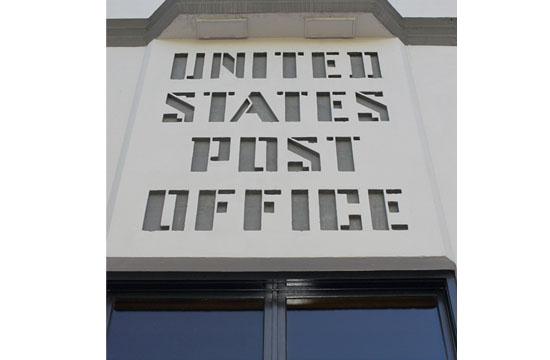 Santa Monica’s recently shuttered Post Office on the corner of 5th and Arizona is now on a path to become a historic landmark, thanks to a 5 to 1 vote in favor of a preservation covenant Tuesday night.

The City Council approved a “preservation covenant” in order to protect the former Post Office’s structure and allow it to gain historic status.

After the Post Office on Fifth Street shut down June 29 at the direction of the U.S. Postal Service, city officials have been looking for ways to preserve the building at 1248 Fifth Street in the downtown core.

As local activist Jerry Rubin and City Attorney Marsha Jones Moutrie both suggested the Post Office was not shut down due to any sort of public sentiment, Santa Monica had been working with federal officials to preserve the former mail center after City Hall’s fight to keep it open failed.

“This is a critically important step,” Bach told council members of the preservation covenant. “It paves the way for the sale of the building for adaptive reuse.”

Once the Post Office building is sold to a private party and no longer under federal ownership, the Landmarks Commission, Bach said, will be able to designate the property as a landmark and begin the process covenant implementation.

“We have an opportunity to save the building,” Roger Genser, another Landmarks Commissioner present at the Aug. 27 meeting, told council members.

Mayor Pam O’Connor was the sole vote against the preservation covenant, stating it was a classic case of the federal government passing a responsibility it does not care to have off to a local government.

“This is definitely a historic building but this is not the way to go about preserving it,” O’Connor said in dissent.

According to City staff, the former Post Office was “eligible for listing in the National Register of Historic Places.” However, the building must have certain proprietary restrictions in place prior to the Postal Service potentially designating the building as a historic structure.

The approved covenant prohibits any purchasers and future owners of the Post Office and the property it sits on “from undertaking any construction, alteration or rehabilitation on the property that would affect the historic features of the property without first seeking review and approval from the certified local government.”

Another layer of public review could be added if the building is also landmarked.

The covenant, according to City staff, designates certain features to be preserved, including “the mass and plan of the main façade, the poured concrete siding, the wood frame windows, the ornate groves in exterior walls, pilasters, columns, exterior motifs and the ornamental metal fence.”

Inside, the building’s the original hanging light fixtures would possibly be protected, as well as the “marble wainscoting, horizontal wood walls and ceilings, metal staircase rails, and tall tables.”

Without the proposed covenant attached to the building, the Postal Service could sell it to a private party, who, in turn, could tear down the former Post Office and potentially develop another structure on site.

The Postal Service made a similar arrangement with the City of Los Angeles to preserve the Venice Post Office.