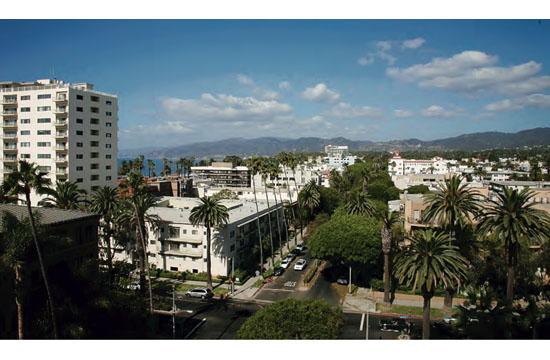 In the year 2021, the Expo Line will have already been operating in Santa Monica for about five years, another president will occupy the White House, and the makeup of the City Council should be different. That year will also be the next time City Hall updates the Housing Element.

What operates between now and then will not be decided until the end of this year, but council members took their first crack of what they think Santa Monica’s Housing Element should look like between 2013 and 2021.

The Housing Element, the current version of which expires this year, serves as a key document setting forth Santa Monica’s policies and programs for housing production and maintenance to accommodate the needs of the community.

During a study session held at the council’s Tuesday meeting, Santa Monica’s elected panel of policy makers hoped the Housing Element would maintain affordable housing in the City, provide options for senior citizens, and ensure accessibility.

A document all cities must maintain under state law the Housing Element must include specific programs and timelines for implementing those programs, said senior planner Elizabeth Bar-El.

“The Housing Element is rather formulaic,” Bar-El told council members. “The State has very specific requirements about what to include. It’s also a very important document in that it does encompass the City’s policies for housing.”

While State law requires each California municipality to strive to meet certain levels of available inventory for new housing, it does not necessarily mean such levels have to actually be met.

During the public testimony, resident Nancy Morris said the Housing Element needed to include more plans for senior housing, something she said was missing from the document’s mission statement she had read online.

“The document focuses on the baby boomer generation but ignores everyone over the age of 68,” Morris told council members. “It treats all senior housing as the same.”

“We have to make sure it’s not one size fits all for senior housing,” Davis said.

She also wanted to know what the housing pipeline looked like – not just the proposed projects already on the City’s radar but also developers who are interested in obtaining a development application or permit down the line.

Council member Kevin McKeown brought up the issue of pony walls and differentiating between zero- and one-bedroom apartments. Pony walls are waist-high barriers often used in studio apartments to create some separation within the unit but do not necessarily make it a one-bedroom unit.

McKeown was curious whether the inventory of available units within the Housing Element took into account the distinction between one-bedroom apartments and studios using pony walls.

Planning Director David Martin told McKeown the studio versus one-bedroom distinction had not yet been made and the council will later determine the policy on the issue.

Accessibility was a key concern for both Davis and McKeown.

McKeown added affordability should be significant element of the Housing Element. Since traffic is a major issue in Santa Monica and about 11 percent of those who work here could actually afford to live in the City, McKeown said it was vital to maintain affordable housing if Santa Monicans want to improve driving conditions in the area.

Mayor Pro Tem Terry O’Day said certain trade-offs have to be made in order to maintain affordable housing.

“We don’t obtain affordable housing if we don’t create a market incentive to do it,” O’Day said, adding a broad range of housing must be available in Santa Monica in order to compensate for the loss of redevelopment funding.

Redevelopment funding was a key element for cities to provide affordable housing.

Council member Bob Holbrook tried to maintain a level of pragmatism, stating the City should not set the Housing Element’s goals too high.

Workforce housing was also an issue the council asked about, pondering how to best shape a City policy, through the Housing Element, to increase the number of people who both live and work in Santa Monica.

According to the Housing Element, about 11 percent of Santa Monica workers live in the City. Francie Stefan, the City’s strategic planning manager, told council members the number of Santa Monica residents who work here is probably a higher number.

“We need to have… fair housing,” Anderson told council members.

The Housing Element should return to Planning Commissioners in November; council members expect to see the updated document in December.