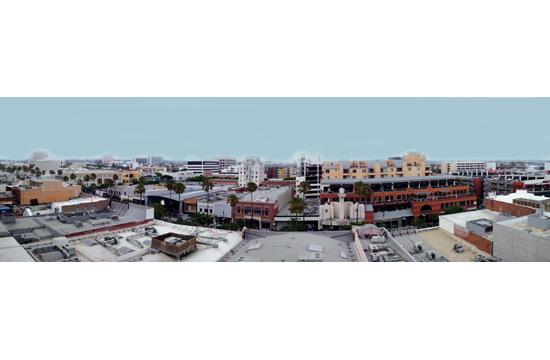 It could be argued a perfect day in Santa Monica is when the thermometer reads 84 degrees Fahrenheit. If it were possible to gauge the uppermost height restrictions many residents hoped would be prescribed the Downtown Specific Plan (DSP), such a thermometer would ideally read 84 feet.

The Santa Monica City Council voted Tuesday to restrict studies for the DSP’s Environmental Impact Report (EIR) to proposed developments of up to 84 feet, though the vote was not the result of Council members licking their respective index fingers and sticking it up in the air to determine which direction the political wind was blowing.

Consistent with the vote, the council also indicated developers seeking to build a project to Santa Monica exceeding 84 feet in height would have to pay for their own EIR and possibly seek an amendment to the DSP.

By shifting the cost of the EIR away from the city and toward the developer, a disincentive might be established to make future developers potentially think twice about building a high-rise project in Santa Monica.

Though nothing is final yet – City staff is merely studying the environmental impacts of proposed developments up to 84 feet high – the fact council members held off looking at the impact of a height restriction of up to 135 feet may be considered a victory by many residents who pleaded with the elected panel to maintain an 84-foot height restriction.

Indeed, when the public testimony of the DSP agenda item was called to the dais, City Clerk Sarah Gorman announced an estimated 75 people submitted chits to address the council.

Council member Ted Winterer suggested an exception be made to the two-minute time limit during public testimony and allow speakers the opportunity to group together.

Doing so, Winterer suggested, would allow for more efficient and focused commentary, allowing some speakers who wanted to speak longer than two minutes to borrow time from those who either had something similar to say or needed less than 120 seconds at the podium.

Accordingly, there were some speakers who addressed the council for as long as six minutes.

By the time the public testimony and council deliberation was complete, the Tuesday night meeting spilled into Wednesday morning.

Even more, Council members were expected to be back at City Hall about 16 hours later to resume the second half of a scheduled two-evening public meeting.

With the 84-foot height restriction direction, City staff can finally start bringing the DSP into focus. Leading up to the Aug. 13 meeting, the council tabled the DSP discussion in July when only four members were present at the July 9 meeting.

The Planning Commission also had the DSP appear on multiple agendas this summer.

Prior to the council’s direction, City staff said they were unable to provide detailed information of how the Downtown Specific Plan, once implemented, would affect Santa Monica’s urban core without prescribed parameters defined by the council.

Conversely, some Council members wanted some more information from City staff before determining the breadth of the parameters that needed to be studied for purposes of the EIR.

Ultimately, Council members unanimously decided the 120 to 135 feet range should be off the table – at least for now.

Mayor Pam O’Connor was quick to remind everyone no final decisions were made Tuesday evening. Instead, the determination of studying the environmental impacts of 84-foot buildings within Santa Monica’s downtown served as a starting point.

Of course, once City staff comes back to the council with its updated report of the environmental impacts of 84-foot structures in the downtown, Council members could adjust how they want to move forward with the DSP at that point.

If the 84-foot height restriction holds and is incorporated as part of the DSP, the policy decision would directly impact a few proposed projects on “opportunity sites,” including the planned revitalization of the Fairmont Miramar Hotel and the well-publicized Ocean Avenue project designed by architect Frank Gehry.

FAR is a measure of density. Higher FAR numbers usually mean greater density and result in higher property valuations. For example, a FAR of 2.0 means a building’s total floor area is twice the size of the plot of land of where it sits.

Council members agreed the FAR for the eight “opportunity sites” should be no higher than 4.0, with a 1.0 housing bonus if the proposed project yields low trip-generating uses.

The Mirror will continue to cover the DSP in coming weeks. In next week’s issue, The Mirror will delve into the various opinions and perspectives raised during the four-hour discussion about the DSP.