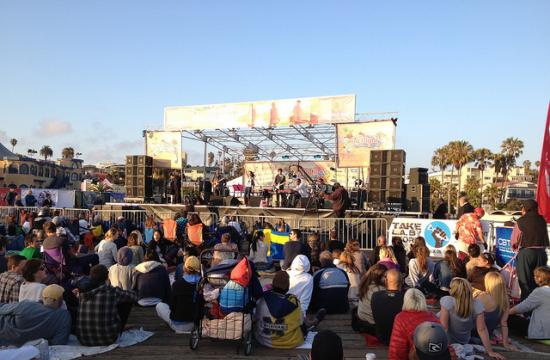 The Twilight Concert Series has become one of Santa Monica’s most popular annual events. Thousands flock to the pier during spring and summer nights to take in headlining rock bands from Australia or acclaimed singers from India.

Yet one member of the Santa Monica City Council thought events on the pier, including the Twilight Dance Series, could use a little more diversity.

Council member Tony Vazquez observed the Twilight Concert Series, which was also known as the Twilight Dance Series and features concerts on a weekly basis during the pier’s peak season, was lacking for Hispanic or Latino programming.

It was an observation that gained traction with Mayor Pam O’Connor and resulted in the council giving City staff and the Pier Restoration Corp. (PRC) direction to expand diversity-based programming on the pier.

Vazquez, coincidentally, is the council’s sole member of Latino descent. He added the pier attracts a noticeable Hispanic and Latino population. The lack of Hispanic or Latino programming could alienate members of the group who patronize the pier, Vazquez opined.

Beyond the direction to seek new programming with a Hispanic or Latino theme, Council members also received and filed a pier update report as well as the Pier Corp.’s work plan and budget for Fiscal Year 2013-14.

Also part of the council direction: extending the Pier Corp.’s services agreement to June 30, 2015. The current agreement expires June 28, 2014. By extending the agreement one year, City staff stated Pier Corp. will have greater stability to establish a long-term plan for future operations.

“The Corporation is constrained in making commitments in developing its schedule beyond next winter, including for the 2014 Twilight Concert Series and in much of five curated areas events,” City staff stated. “This situation prevents multiyear agreements for other events and activities or for any contractual services or programs and has become a fundamental problem for carrying forward key mandated focus areas.”

Pier Corp. chair Judy Abdo added in a letter to Council members that extending the services agreement “will enhance both staff efficiency and revenue generation.”

She added the Pier Corporation, which was recently created as the pier’s governing body, had made great strides in attracting new program partners and sponsors. By allowing the Pier Corp. to maintain its contract with City Hall for a longer period, the entity would “benefit ongoing negotiations with potential partners” and help the Pier meet its bottom line, Abdo stated.

Areas of focus for Pier Corp. include audience growth via branding and communications, the additions of pier maps and kiosk signage, the development of a mobile application, and the programming of the Curators Program.

The Curators Program focuses on bringing programs to the Pier under the buckets of active lifestyle, arts, education, film, and music.

“The pier is such a cherished part of Santa Monica, but it’s also our calling card,” Council member Gleam Davis said.