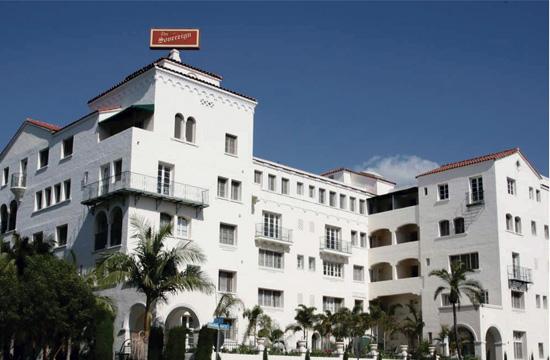 Development has become the “D-word” in Santa Monica, inspiring a debate citywide about the dearth of new projects that would change the way the local urban landscape looks both horizontally and vertically.

A smorgasbord of documents and plans are currently in play directly affecting the spirit and execution of development in Santa Monica, including the Downtown Specific Plan, Bergamot Area Plan, and the Land Use and Circulation Element (LUCE).

Yet another document to add to the list is the General Plan Housing Element.

With the current version of Housing Element set to expire, city officials have started the public process to extend the plan through 2021.

If the public process goes as planned, the renewed Housing Element will be adopted by the end of this year.

The Housing Element serves as a key document setting forth Santa Monica’s policies and programs for housing production and maintenance to accommodate the needs of the community.

“The draft Housing Element is essentially an update of the current Housing Element that retains the same goals and objectives that guide the City’s commitment to high quality housing for a diverse community,” City staff stated.

According to City Hall, the Housing Element reflects Santa Monica’s “high priority” to maintain affordable housing and programs to provide housing for members of the community with special needs.

The Housing Element also aims to keep consistent with the LUCE’s emphasis on conserving existing neighborhoods and planning for new housing units near transit opportunities in mixed-use, walkable neighborhoods.

Other priorities include: identifying strategies for expanding housing opportunities; providing services for all household types and income groups; and, serving as the primary housing policy guide.

A major factor governing the Housing Element’s strategy is the loss of redevelopment, or RDA, funding.

“While commitment to continue providing affordable housing has not wavered, the circumstances in which the City of Santa Monica must now operate its housing programs have changed. A change impacting the viability of City programs that help produce and subsidize housing for lower income households is the elimination of Redevelopment Agency (RDA) funds,” City staff stated. “The Housing Element must respond to the current environment with realistic objectives that reflects what is considered feasible.”

A few objectives and programs have been removed from the new Housing Element, including the Homebuyers Assistance Program and Tenant Ownership Rights Charter Agreement (TORCA).

Another key piece of the Housing Element is to ensure the availability of suitable sites for the Regional Housing Needs Assessment (RHNA).

The RHNA component “determines the amount of future housing growth for which each city and county must plan in order to be prepared for a fair share of statewide population change.”

In a City staff report to planning commissioners in preparation for their Aug. 7 meeting, it was pointed out there are currently twenty active projects bringing 1,239 residential units “at a mix of income levels” to Santa Monica.