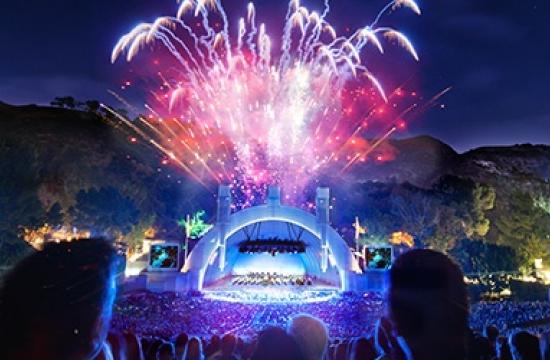 The Los Angeles Philharmonic presents its annual Tchaikovsky Spectacular this weekend at the Hollywood Bowl that will culminate each night with the thrilling 1812 Overture accompanied by cannons and a spectacular fireworks display.

Performances will begin at 8 pm both Friday and Saturday nights.

Robert Moody conducts the orchestra in the all-Tchaikovsky program which includes Selections from Swan Lake Suite, Op. 20, Capriccio Italien, Festival Coronation March and a Ukrainian Folk Song Suite (drawn from the Symphony No. 2).