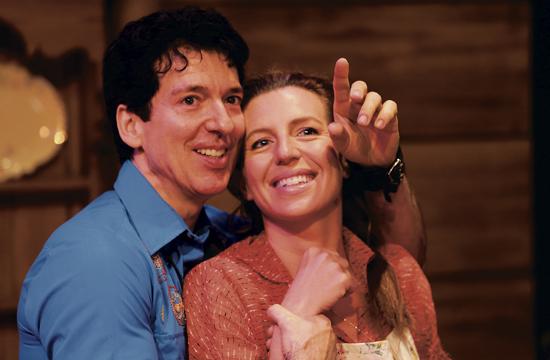 The Edgemar Center for the Arts in Santa Monica has extended “The Rainmaker” through Sept. 29.

Performances will continue to be held Fridays and Saturdays at 7:30 pm, and Sundays at 5 pm at 2437 Main Street.

The show is directed by Jack Heller and produced by Alexandra Guarnieri.

“The Rainmaker” focuses largely on the fate of Lizzie (Frederick), who lives on a family farm with her brothers and father in the Dust Bowl during the Depression.

She capably takes care of the men in her house, but there’s an emptiness in her life.

She has no one of her own, and she dreams of a husband and children.

A visit to her cousins, actually a failing attempt to find a prospective mate, has left her more frustrated than ever.

The recurrent reminders that she is considered “plain” by her family and herself do not relieve her fears of winding up as the “maiden aunt.”

The Curry farm, like all those around them, is impacted by a withering and persistent drought. Suddenly, a charismatic stranger named Starbuck (Standley) appears, claiming that he can make the clouds come and the rains fall.

“The Rainmaker” is about love, desire, and magic, and expresses these themes so resonantly that the play has been translated into forty languages since it premiered on Broadway in 1954.

It was also made into a hugely successful film in 1956 by director Joseph Anthony and famously starred Katharine Hepburm as Lizzie and Burt Lancaster as Starbuck.

Tickets are $34.99. A limited number of tickets will be available for each performance at $25.