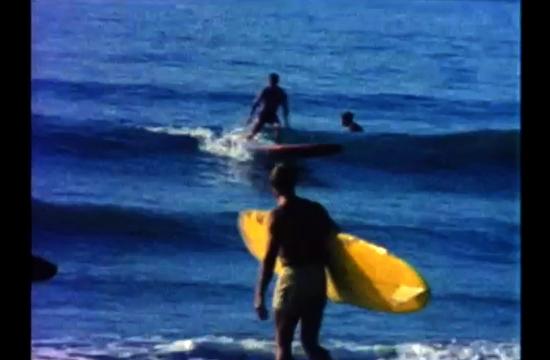 Get ready for another installment of Night Sesh tonight. This time ZJ Boarding House is screening a one of a kind movie, “The Living Curl,” narrated in person by the creator of the film, Jamie Budge.

This film is all about surfers in the early 60s when the film “Gidget” first brought the world’s eyes to the California scene.

Featuring such legends as Miki Dora, Johnny Fain, and Lance Carson; Jamie calls his film an ode to the “abilities, agilities and finesse” of the early California surfer.

Shot in 8mm by Jamie as a young pup, one can see a world that is much different from the California beaches today. Attendees are encouraged to bring a blanket or chair and enjoy free popcorn.