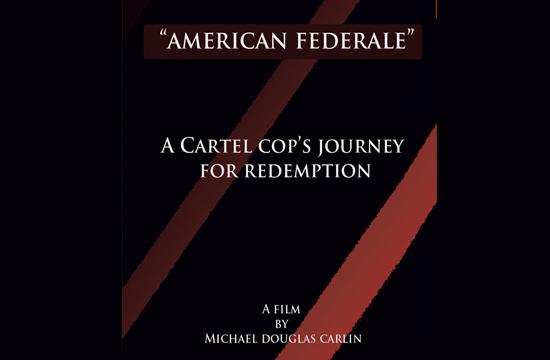 My life has been a quest for truth. I have written hundreds of articles about interesting topics always attempting to better understand the world around me. Occasionally I have met people that I knew would change my life forever. Over 12 years ago I began a friendship with the only American ever to serve as a Mexican Federale and the film, “American Federale” was born.

The film was completed earlier this year and has recently been released on iTunes.

This film tells the story of Lobo (name withheld for security reasons) and his quest for redemption. Lobo was in the trenches dealing with Government officials and cartels in the often murky and turbulent waters of border Mexico.

During the 10 years Lobo served in the Mexican State Police and subsequently as a Mexican Federale he was in 22 gun battles.

He experienced the party life of a “high-roller” and was tortured and beaten by his fellow Federales and the Mexican Military.

His stories are typical of many Mexican government agents only he actually lived to tell us about his journey.

Almost all of his peers are dead – and not from natural causes.

Lobo survived as a result of his skill and oftentimes from pure dumb luck.

The most notable battle was what he calls “90 minutes of hell” when he took down drug lord Pablo Acosta who amassed $25 billion in wealth as he commanded the cartel with brutality and an iron fist.

Today Lobo and I have become best friends as our stories have become intertwined. I have witnessed his transformation as he has traveled his path to redemption through living a life of service.

His story has forever changed me and I hope it will change you as you experience Border Mexico with us.

I say “us” because I spent so much time in the war zones of Juarez and Ojinaga.

What makes this story so compelling is the footage shot in both cities where people used to walk on the streets freely but have now gone into hiding.

We think about wars on the other side of the world and fail to recognize that there is a raging war just a few hours away by car across our Southern Border.

“American Federale” was 12 years of my life and over 25 years in the life of the only American to ever serve as a Mexican Federale.

He gives us a glimpse into life in Mexico at a time when we all should weigh his story as we struggle to discuss meaningful reform to our immigration laws as well as our failed war on drugs.

I invite you all to view the film draw your own conclusions and begin having a meaningful conversation.

To view the film on iTunes, visit itunes.apple.com/us/movie/american-federale/id689776427.