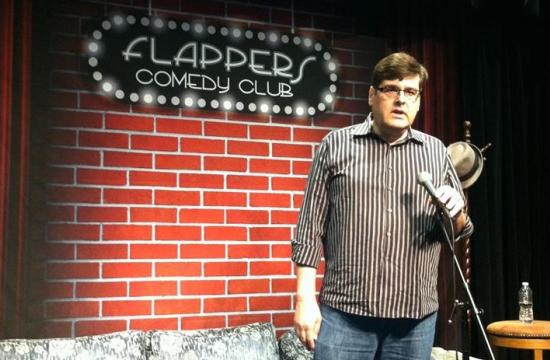 Long time Santa Monica resident Charles Freericks will be reading from his book, “My Imaginary Friend Was Too Cool to Hang out with Me” at the Montana branch of the Santa Monica Library this Thursday afternoon.

Freericks, a former network executive, who once oversaw the development of hundreds of hours of primetime programming at CBS, NBC, and New Line, was driven to begin his own career as a writer by the quote from Philip Roth that, “Nothing bad can happen to a writer. Everything is material.”

He said his book began when he jotted down a childhood memory of when the family television died one day and he turned to the major appliances in the house for entertainment eventually flooding the dining room through an ill-thought-out attempt to watch the dishwasher.

“I read the story to some friends and they started to tell me about the inane things that they did as kids,” Freericks said. “It was then that I realized I had touched on something common to the human condition.”

That one story led to nearly 40 more, some reflective, but most comedic, because mistakes are the stuff of humor, and as Freericks points out, he made a lot of mistakes growing up in the 1960s and 70s.

“So much of what the individual remembers and experiences is actually universal,” Freericks said. “Discovering the world by clumsily tripping over things like first grade, first love, and first car happen to all of us.

“While I adore when someone gets in touch with me to say they remember this commercial or that store or this song that I mention, the best compliments I get are from the readers who reach out to me to tell me their stories from their childhoods. I look at this book as a motivator to other writers, a starting point to spark their own memories.”

Freericks will be reading at the Montana Branch on Thursday, Oct. 3 at 7 pm. The library’s address is 1704 Montana Avenue.