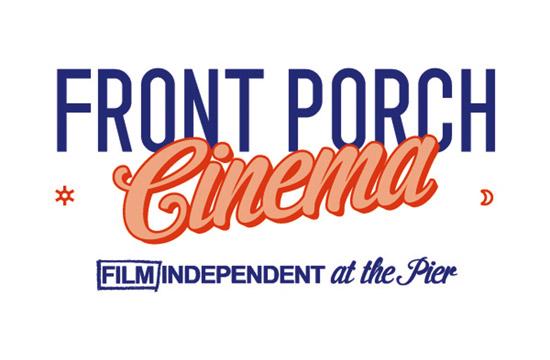 Enjoy free family fun as Front Porch Cinema returns to the Santa Monica Pier tonight for the second year. The series of free Friday screenings will continue for four weeks through Oct. 18.

This year marks a special collaboration with the nonprofit arts organization Film Independent.

Associate Director of Programming Doug Jones selected a variety of different films, catering to every kind of film lover.

“Watching movies outdoors under the stars is always fun, and to be able to do it on the historic Santa Monica Pier is especially cool,” Jones said. “It’s a unique experience and a great opportunity to discover some new films and revisit a few classics with Los Angeles and Santa Monica audiences.”

Santa Monica Pier Executive Director Jay Farrand said he was thrilled with the return of the series.

“It’s exciting to have the voice of independent film in LA, Film Independent, curating our selection since they’re known not only for their great taste, but for adding an experiential element to enhance each screening,” Farrand said. “Complemented by our partnership with LA’s outdoor cinema kingpins EAT|SEE|HEAR, this is shaping up to be a great series.”

Kicking off the series tonight is the Los Angeles premiere of festival favorite “Los Wild Ones.”

For more than 10 years, Rob Kennedy has run Los Angeles-based Wild Records as a celebration of a raw and lively ‘50s-style rock ‘n’ roll and rockabilly sound.

This documentary, filled with great music and large personalities, follows Kennedy and his extended family of young, talented Latino musicians as they face an uncertain future for the label they all love. The evening will also feature live musical performance by the Rhythm Shakers.

On Oct. 4, make your way down to the pier for the 40th anniversary screening of Hollywood comedy caper “The Sting,” starring Robert Redford and Paul Newman as two con men who hatch a complicated scheme to take a crooked banker for everything he’s worth.

The film is the winner of seven Academy Awards, including Best Picture. Watch for a cameo appearance by the Santa Monica Carousel. The evening will also feature a live ragtime pianist and card tables.

Shift gears on Oct. 11 for the pier’s first ever “Doggie Drive-In” with a screening of the award-winning animated film “Snoopy Come Home!”

Bring out the whole family, especially your four-legged friends, for a special pet friendly screening featuring Snoopy, Woodstock, Charlie Brown, and the whole Peanuts gang. The soundtrack is by the prolific Sherman Brothers (Mary Poppins, Chitty Chitty Bang Bang, The Jungle Book and Charlotte’s Web). Doggie treats and water will provided. A Donation Drive will also be held at this event for Best Friends Animal Society Los Angeles.

Closing out the series on Oct. 18 is the critically acclaimed, award-winning environmental documentary “Chasing Ice.”

Photographer James Balog took time-lapse cameras to the Arctic to film the world’s changing glaciers. His hauntingly beautiful videos capture ancient mountains of ice in motion as they disappear at a breathtaking rate in this portrait of a man trying to deliver evidence and hope to our carbon-powered planet.

“Chasing Ice” is the story of one man’s mission to change the tide of history by gathering undeniable evidence of our changing planet. Watch these breathtaking visuals of the brutal Arctic environment, all from the comfort of your beach chair.

For more information about the free film series, visit www.FrontPorchCinema.com.