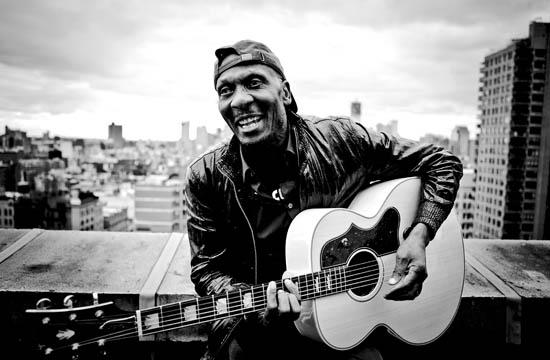 In Twilight Concert Series’ fashion, the community will come together for a grand finale – sure to entice all ages and musical partialities.

In the midst of his Many Rivers Crossed Tour, Cliff has been wowing audiences across the States with a showcase of past hits and stories of the artist’s roads well-traveled. After releasing his first album in nearly eight years, last year, he and Tim Armstrong (Rancid) gracefully accepted the Grammy for Rebirth.

Rebirth is a time capsule for Cliff – an eminent gem that he should be proud to leave for generations to come. A cover of The Clash’s “Guns of Brixton” pays homage to the classical Cliff tenor-tone that we fell in love with years ago, but pockets of grungy undertones – Armstrong’s style – exemplifying how the aged artisan have managed to stay relevant.

One More plays in the background, picking up volume. “I got one more story to tell,” sings the legend.

Jimmy junkies rejoice – the Santa Monica Pier concert will be the only free performance of Cliff’s tour.

Opening the dramatic summer conclusion, self-promoted Ethan Tucker treats early-comers to a melodic mix of acoustics and raw vocals. While the young gun might have some style searching to do, his twenty something years show a soul much wiser than his looks.

Originally from Olympia, WA, Tucker has been performing since his mid-teens had already self-produced two albums before he could legally order a drink at the bar. His sound garnishes a sort of modest refreshment which states he is eager and ready to absorb the talent around him, and for that we praise.

Ironically Tucker will join forces with Cliff on Sept. 8 in Seattle, WA, and then continue on tour with the great for three weeks; surely an experience of a lifetime. Catch his first studio album – currently in the works – produced by Michael Franti (Michael Franti & Spearhead) coming soon.

And not to curtail the evening – Producers RH&S have booked not two, but three exciting acts for the finale.

Accompanying above, The Delirians bring an Angleno-type of ode to JAH. Hailing from the infamous East Los Angeles streets, the eight-man crew exemplifies competence in a vast musical range. With a background in Punk Rock, Ska, and ultimately Reggae sounds, these up-and-comers seem as if they can play anything they want.

The struggles sung per Kingston’s Rastafaris draw parallels to our very own slums and barrios. So the skin is a different color, and the streets a different name – but the passion is evident. And it’s no wonder that the group has experienced much praise from their peers and fans.

Fat brass instruments, and eclectic vocals shun any doubt of quality to The Delirians’ sound.