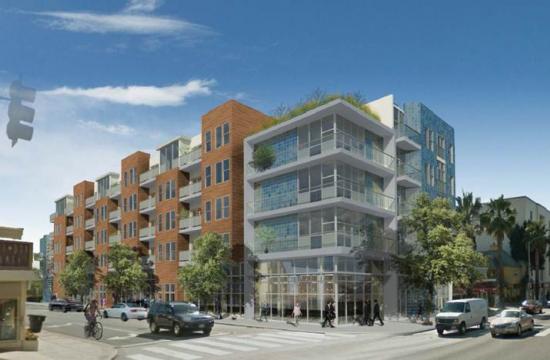 Editor’s Note: This is an open letter sent to the media and the community on behalf of the North Of Montana Association.

It was standing room only in the Franklin School cafeteria Thursday night, as some 200 Santa Monicans turned out to sharply criticize a development project that has been proposed for the eastern end of the city’s busy Wilshire corridor.

Dozens of speakers representing neighborhoods across the city said the project by Century West Partners (CWP) would degrade the area, not enhance it. They said the proposed project is too tall, too dense, and the wrong mix of units for the neighborhood surrounding the proposed site at the corner of Wilshire Blvd. and Berkeley Street.

As the crowd roared its approval, speakers expressed concerns about the project’s potential for gridlocking traffic in the already glutted area, and eating up scarce on-street parking spaces. They also raised questions about the appropriateness of $100,000 in campaign contributions that were made by the developer to promote candidates in the most recent Santa Monica City Council election.

The mixed-use residential-commercial project under debate is proposed as five stories (60 feet) high, with 81,125 square feet of space. The vast majority of the 100 planned apartments are conceived as small studios or one-bedroom units, with very few units large enough for families with children.

Neighbors were particularly critical of the company’s plan to build a 5-story building on a parking lot that currently provides a buffer between commercial and residential areas. The parcel is presently designated as an “A” lot, with “R2” zoning, meaning that it may be built to just two stories or 23 feet high under current zoning.

“If this developer is allowed to develop residential land, that’s going to happen everywhere,” said Tricia Crane, vice chair of Northeast Neighbors Association. “This is big bucks. This project is going to be the first of many.”

Others said the project didn’t include an adequate number of affordable units, had an unattractive and boxy design, and didn’t provide adequate green space, open space, or setback from the sidewalk.

The proposed CWP project is only one of many that have recently drawn the ire of Santa Monica residents, as the city considers scores of new developments that promise to create many thousands more daily car trips on already crowded streets.

Dozens of residents recently turned out at meetings of the Planning Commission to raise similar concerns about a proposal by Hines/26th Street LLC to build five residential and office buildings at Bergamot Station.

The CWP session was videotaped by the city of Santa Monica. We will post a link to the video as soon as it becomes available.