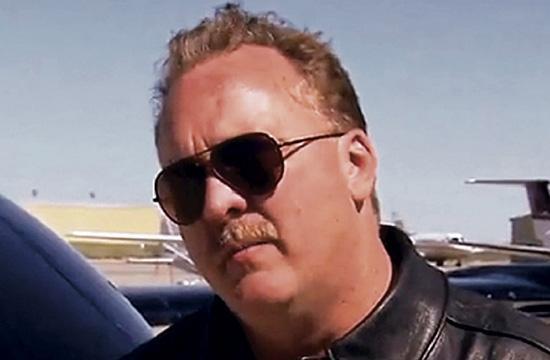 The pilot who buzzed the Santa Monica Pier in a jet plane almost five years ago and was later convicted for recklessly operating an aircraft in violation of the California Public Utilities Code is presumed dead after an aircraft crash in northeast China on Tuesday.

The agency says rescuers on Thursday expanded their search area to 100 meters (328 feet) around the site of the crash, adding 20 rescuers from the Beijing-based Lantian rescue team have joined the 11-member team from the Beihai rescue bureau under the Ministry of Communications in the search.

The LA Times reports that Riggs was reportedly flying a Lancair 320, a high-performance single-engine aircraft made from a kit, when he struck the surface of a lake outside Shenyang, where he was planning to perform in an airshow.

His 18-year-old translator was killed instantly, but Riggs’ body was not found, according to The Times.

In November 2012, Riggs had his commercial pilot license revoked by the Federal Aviation Administration (FAA).

Earlier in 2012, Riggs reportedly had his probation revoked by a Los Angeles Superior Court commissioner for failure to complete community service.

The FAA issued its ruling after completing an investigation of the plane crash in May 2011, where a pilot and passenger were both killed. According to news reports, Riggs, 50, was involved in an incident in Boulder City, Nevada where he flew side-by-side with another plane, an experimental aircraft, just before it plunged into the desert, killing the pilot and a passenger.

The aircraft was an Aero Vodochody L-39 Albatros, a Soviet-era, Czech-built military jet trainer, was coincidentally the same aircraft Riggs flew over the Santa Monica Pier five years ago.