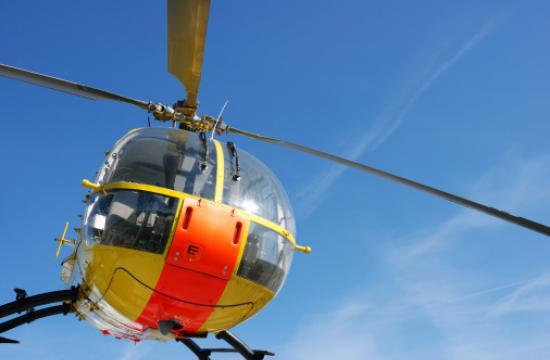 Perhaps helicopter noise is not the most pressing issue in Santa Monica. Yet, the City Council hopes a trio of bills will help control the amount of noise pollution in the skies above Santa Monica and West Los Angeles.

At their Tuesday meeting, council members unanimously backed two federal and one state bill aiming to limit the amount of helicopter noise in residential neighborhoods.

Each of the three proposed bills is entitled “Los Angeles Residential Helicopter Noise Relieve Act of 2013.” Sen. Diane Feinstein introduced the version of the bill in Congress’s upper house, while Rep. Adam Schiff brought the proposed noise restriction law to the House of Representatives (H.R. 456).

Up in Sacramento, State Senators Ted Lieu, who represents Santa Monica, and Fran Pavley brought the proposed law (SJR 7) to the State Senate.

Interestingly enough, Sherman is now one of the backers of the new legislation in the House of Representatives; Rep. Henry Waxman (33rd District) also backs H.R. 456.

Should the legislation become law, the Federal Aviation Administration (FAA) would be required to regulate noise emanating from low-flying commercial helicopters by instructing such aircraft to fly in specified flight paths and above a certain altitude in non-emergency situations anywhere within Los Angeles County.

As the proposed legislations focuses on commercial helicopters, such aircraft operated by emergency responders – police, fire, or military – would be exempt.

According to news reports, Berman proposed legislation on helicopter noise after his office received complaints shortly after “Carmageddon” in 2011. When a stretch of the 405 Freeway was shut down for an entire weekend between Westwood and Sherman Oaks, many aircraft took to the skies to observe the open stretch of road and residual impacts on other Southern California roads. Commercial airliner JetBlue, for example, sold plane tickets for $4 per person to fly between Long Beach Airport and Burbank’s Bob Hope Airport. The flight path took passengers above the Sepulveda Pass at relatively low height.

Other commercial aircraft, including helicopters, toured the 405 Freeway closure in similar fashion.

Berman’s office received complaints by many residents who lived at the top end of the 405 Freeway closure, as part of his district included the southern San Fernando Valley.

Much of Berman’s district, which was redrawn in 2012, now belongs Sherman.

According to City staff’s report, the FAA plans to issue a report next spring, offering ways to reduce noise pollution in the skies above Los Angeles County.

City staff’s report to council members also pointed out the FAA would be required to determine flight paths and minimum altitudes for commercial helicopters flying above Los Angeles County within one year of the new regulations, should they be passed.

Council member Tony Vazquez was not present for the vote.