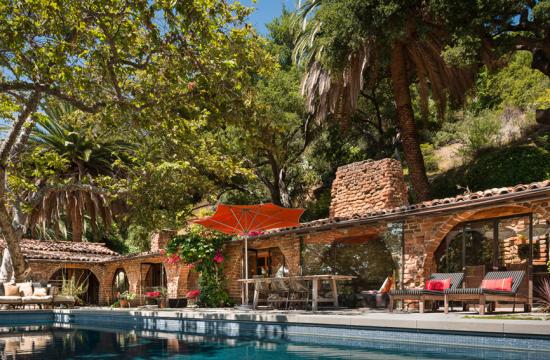 The Santa Monica Conservancy will host its annual fundraising salon this Saturday at “Los Alisos” (“The Sycamores”), the former estate of actor and conservationist Leo Carrillo.

The event will take place from 4-6 pm.

Carrillo appeared in more than 90 films but was best known for playing Pancho in the 1950s TV Western, “The Cisco Kid.”

Part of an old and respected California family, his father was a nephew of Arcadia Bandini and served as Santa Monica’s first mayor.

His great-uncle was a three-time mayor of Los Angeles and a hero of the Californios during the Mexican-American War. Carrillo’s great-grandfather was governor of Alta California in the 1830s.

A preservationist and conservationist, Carrillo served on the California Beach and Parks Commission for 18 years and played a key role in the state’s acquisition of Hearst Castle, the L.A. Arboretum, and the Anza-Borrego Desert State Park. The Leo Carrillo State Park in Malibu was named in his honor.

Carrillo’s estate was purchased in 1932 from a descendent of the Marquez land grant family for $200.

It hugs a steep hillside that Carrillo planted with sycamores, oaks, and palms. The rambling house features patios and courtyards with arcades fashioned from baked adobe bricks salvaged from an old kiln.

Carrillo hired a mason to build the arches roughly to give them an aged appearance. The home is a prime example of the Spanish Colonial Revival style.

The current owners, Melinda Gray and Bill Borden, have updated the home while respecting the integrity of the vernacular architecture.

Gray is an architect best known for contemporary designs.

Her studio, their home and grounds will be open for touring with a wine and hors d’oeuvres reception.

Tickets are $175 for the general public; $150 for Conservancy members.

The Santa Monica Conservancy, a nonprofit organization, promotes understanding and appreciation of the cultural, social, economic and environmental benefits of historic preservation in Santa Monica.