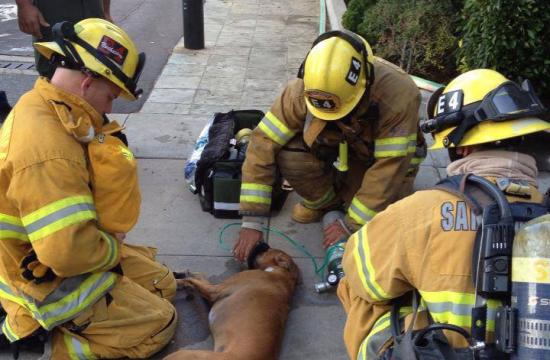 The Santa Monica Fire Department revived an unconscious dog when they responded to a structure fire in the 2600 block of 2nd Street on Saturday morning.

At about 7:30 am, firefighters arrived at a well involved structure.

KTLA5 reported that firefighters discovered the unconscious boxer dog behind a mattress as they searched the five-unit structure for victims.

Stella’s owner was not at home at the time, and the dog was taken to an animal hospital to recover, according to KTLA5.

The SMFD said there were no firefighter or civilian injuries as they extinguished the fire, which was cleared just after 12 pm Saturday. The cause of the fire is under investigation.