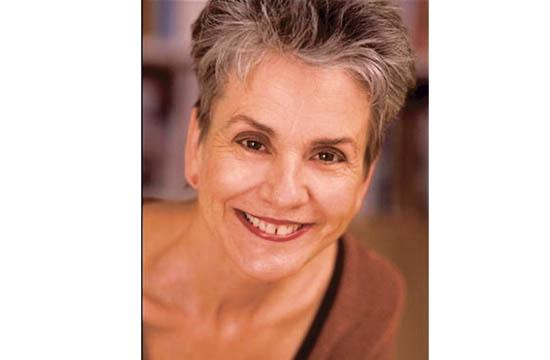 The Santa Monica Public Library celebrates the seventh annual Green Prize for Sustainable Literature at the special event this Thursday.

Titled “An Evening with Frances Moore Lappé: Celebrating Sustainable Literature and Food,” the event will take place at 6:30 pm at the MLK Jr. Auditorium at the Main Library at 601 Santa Monica Blvd.

Lappé is the author of the seminal book on sustainable eating “Diet for a Small Planet” and winner of this year’s Green Prize Pioneer Award.

She is the author of 18 books, and co-founder of three organizations, including the Oakland-based think tank Food First and the Small Planet Institute.

Lappé is the seventh recipient of the Green Prize for Sustainable Literature Pioneer Award, established to honor authors who have paved the way for discourse on sustainable issues.

At the event, Lappé will discuss her latest book “EcoMind: Changing the Way We Think to Create the World We Want” and the importance of sustainable food.

The program will also include the premier of a short film on sustainable food in Santa Monica.

The film is an uplifting look into the lives and passions of local visionaries, celebrity chefs, and behind the scenes movers and shakers in the ever-growing sustainable food movement.

The screening and discussion will be followed by a book sale and signing, a no-waste reception featuring vegetarian food, and a drawing for audience members to take home copies of this year’s Green Prize Award-winning books.

The Green Prize for Sustainable Literature was established to encourage and commend authors, illustrators, and publishers who produce quality books that make significant contributions to, support the ideas of, and broaden public awareness of sustainability.

The City of Santa Monica’s Sustainable City Plan defines sustainability as “meeting current needs – environmental, economic and social – without compromising the ability of future generations to do the same.”

This event is free and open to the public. Seating is limited and on a first arrival basis. For more information about the Santa Monica Public Library’s Green Prize for Sustainable Literature, call 310.458.8600 or visit smpl.org/greenprize.

The Seed Underground: A Growing Revolution to Save Food

The Responsible Company: What We’ve Learned from Patagonia’s First 40 Years

By Yvon Chouinard and Vincent Stanley, published by Patagonia Books

By Billy Parish and Dev Aujla, published by Rodale

On Extinction: How We Became Estranged from Nature

Walkable City: How Downtown Can Save America, One Step at a Time

By Jeff Speck, published by Farrar, Straus, and Giroux

Nature Wars: The Incredible Story of How Wildlife Comebacks Turned Backyards into Battlegrounds

By Jim Sterba, published by Crown

Potatoes on Rooftops: Farming in the City

By Michael Catchpool and illustrated by Alison Jay, published by Alfred A. Knopf

By Claudia Dávila, published by Kids Can Press

Going Organic: A Healthy Guide to Making the Switch

Going Vegan: A Healthy Guide to Making the Switch

Going Vegetarian: A Healthy Guide to Making the Switch