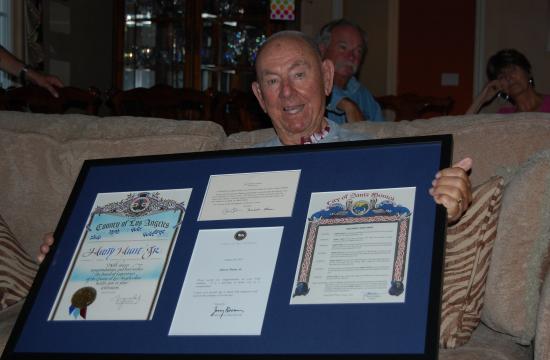 He is proudly displaying VIP greetings commemorating his birthday as well as service to his country (WWII veteran) and community (for many years, he was the official bugler for Santa Monica’s annual Memorial Day ceremony).

Born August 29, 1921, Harry moved with his family to Santa Monica when he was only a few months old – where he lives to this day.

He comes from a long line of plastering contractors. Many of the buildings in downtown Santa Monica were plastered by Harry or another Hunt family member.

The California Heritage Museum welcomes back visitors with a unique and stunning quilt exhibition, learn more in this video brought...