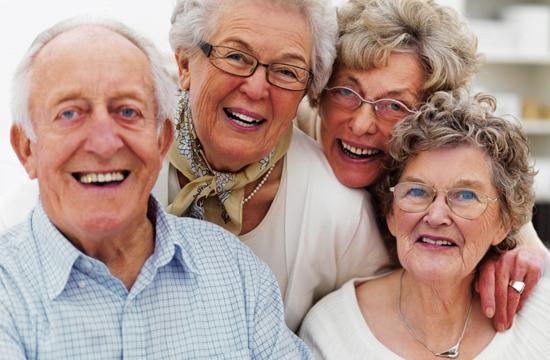 On the first day of October, health insurance “marketplaces” will open in every state. Three other key provisions of the health reform law, the Affordable Care Act, will also go into effect that day, and they will greatly benefit older Americans.

The first of these provisions will benefit everyone who shops in the new marketplaces, but it will be especially valuable to adults between the ages of 55 and 64.

On October 1, people with pre-existing conditions, who may have previously faced denials of coverage or burdensome additional charges because of those conditions, will have the opportunity to buy health insurance that covers their conditions without having to pay additional costs.

This is more than a token change. In 2010, Families USA worked with one of the nation’s top health care and human services consulting firms to study the breadth of problems faced by people with pre-existing conditions.

We found that approximately 57.2 million Americans under the age of 65 – more than one-fifth of that age group (22.4 percent) – had diagnosed pre-existing conditions that could lead to a denial of coverage in the individual health insurance market.

Even more astounding was the finding that almost half of the people in that group—more than 30 million people—were aged 55 to 64. So while this provision of law will benefit everyone looking for coverage in the new marketplaces, its biggest and most direct positive impact will be on adults between age 55 and the age of Medicare eligibility.

A second key provision of the law that goes into effect on Oct. 1 is the expansion of Medicaid. States that have decided to expand Medicaid will have new opportunities to offer health coverage to all low-income adults.

This could be particularly helpful to those below age 65 who aren’t yet eligible for Medicare. In these states, the income eligibility level will be raised and standardized at 138 percent of the federal poverty level (about $21,400 for a family of two), and other barriers to eligibility will be thrown out as well.

Why does this matter? As Families USA found in 2011, it matters to seniors and their families because 15 percent of America’s seniors – and almost 45 percent of people with disabilities – receive health coverage through Medicaid. But until now, many people just below age 65 have been closed out of the program.

The third big provision of the law that takes effect on Oct. 1 will benefit everyone shopping for health coverage, not just older people.

On that day, consumers shopping for coverage in the marketplaces will be able to tap health care “premium tax credits” that can lower their health care premiums each month, making their health coverage much more affordable. Those with the lowest incomes will receive the greatest financial assistance and will pay the lowest premiums.

Families with incomes as high as $62,400 for a household of two will be eligible for this assistance.

A bright new day in health coverage is about to dawn.

Families USA is the national organization for health care consumers, which has advocated for universal, affordable, quality health care since 1982.