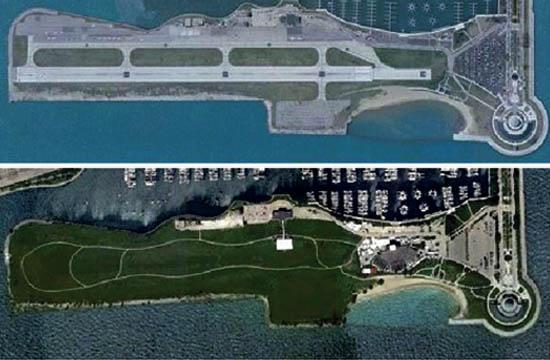 Airport2Park.org will hold a free and open to the public workshop tonight, Oct. 3 from 6-9 pm to discuss the benefits of turning Santa Monica Airport into a park.

The workshop will be held at the Mt. Olive Lutheran Church, which is located at 14th and Ocean Park Boulevard in Santa Monica.

Organizers said the workshop would envision what a park could be and what it could mean to the community.

The workshop will feature an illustrated talk from noted landscape architect and parks designer Mark Rios, who recently was the designer of the award-winning Grand Park in downtown Los Angeles and who has worked extensively in Santa Monica.

After the talk, attendees at the workshop will break into groups to brainstorm over ideas for what features a park at the Santa Monica Airport site might contain.

The Sierra Club has announced its support of the efforts of Airport2Park.org, to turn Santa Monica Airport (SMO) into a great park.

In a letter to the Airport2Park coalition, David A. Haake, M.D., Chairman of the West Los Angeles group of the Sierra Club said, “The Sierra Club believes that the replacement of SMO with a great park including land for hiking and restoration of native species would not only address public health needs, but would also offer very much needed open space to the west-side of Los Angeles and Santa Monica area.”

Dr. Haake went on to write that, “The Sierra Club strongly supports the ‘Airport to Park’ effort and urges the City of Santa Monica, the City of Los Angeles, the County of Los Angeles, California State, and Federal legislatures as well as all appropriate Federal agencies and administrations to work toward that end.”

On April 30, 2013, the Santa Monica City Council directed city staff to investigate reclaiming from the airport the “Quitclaim Parcel,” which includes the western 2,000 feet of the airport’s 5,000-foot runway, after July 1, 2015, which is when the City’s 1984 agreement with the FAA expires.

Council members expressed their desire to replace the Quitclaim Parcel with a park. Also on July 1, 2015, all leases to aviation tenants terminate, and in a very short time the airport might have a much shorter runway and no aviation services. Then it may be possible to close the entire airport and turn the whole runway and adjacent areas into parkland.

When combined with adjacent Clover Park and the existing sports fields and dog-park at the airport, this would create the largest park in Santa Monica if not the entire Westside.