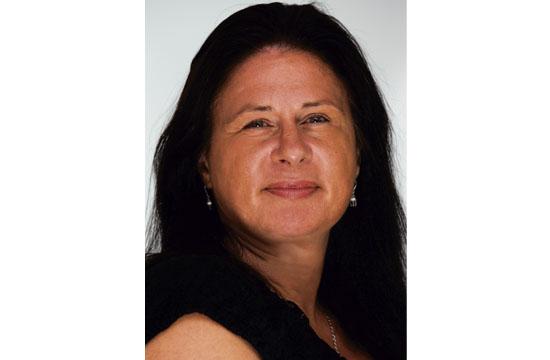 Two decades ago Kristin Peterson’s ex-husband regularly attended an alcoholic recovery center in Venice but she herself had never stepped foot in their door. Today, that very location is one of her safe havens.

Born and raised in Venice by artist parents who Peterson describes as “good hardworking people,” she found herself linked to wayward acquaintances while attending a small Westside private school and Venice High School.

“I love Venice but it is a tough city sometimes,” Peterson said. “I had been drinking alcohol and using drugs since I was 12. But my parents did not raise me that way.”

Peterson had been in and out of sobriety – the “in” times were during pregnancy with her two children, a daughter, now 24, and a son, 10 – but still found herself in despair and powerless under a narcotic and alcohol addiction fueled more heavily by a drug-ridden romantic relationship.

Having been arrested more than once, her record was full of charges. But still, it was not until more severe trouble with the law that  Peterson was forced to shift gears.

“I was in a hopeless relationship,” she said. “I did not know there was a way out. (The way out) found me.”

Peterson was previously unaware of “drug court” until an arrest and court issued order sent her there.

The prop, in conjunction with drug courts, sentenced offenders under the influence of drugs or transporting, and the like, to treatment programs in lieu of incarceration.

“Drug court led me to recovery,” she said. “In nine months I had been arrested six times,”

And it was through that court order she found recovery within the very cities she once suffered through her addictions.

She said she found solace at the nonprofit CLARE Foundation.

“When I came to CLARE I had nothing,” she said. “I was homeless, jobless, just really a broken woman and they took me in. I have so much gratitude for them. It’s just such an amazing program. My way wasn’t working. I really needed to try something different.”

CLARE, whose motto is “saving lives through recovery,” is a Santa Monica and Venice based foundation.

It began in the late 1960s when a group of dedicated and concerned community members responded to the lack of recovery-oriented services for the homeless and indigent alcoholics gathering on the beaches of Santa Monica and Venice, according to the foundation’s website.

CLARE’s services – among them, helping those recovering build self-esteem, offering tools for independence and for building healthier relationships – along with 12-step programs, which Peterson attends several times weekly, are all the opportunities she utilized to get herself on the road to recovery.

CLARE continues to provide Peterson with housing at their sober-living facilities.

At the time of her final arrest Peterson was jobless, but with the aid of Chrysalis, a nonprofit organization whose mission is to help homeless and low-income families retain employment, she found employment.

“Chrysalis helped me develop the job skills I already had and they helped me formulate a resume,” she said.

After nine months of sobriety Petersen landed a job at a Santa Monica boutique. This December will make a year since she has been employed there.

Peterson will be one of the 24 honorees at the 18th Annual Celebrating Success Breakfast in Santa Monica Friday, Oct. 25. The breakfast is hosted by the Westside Hunger and Shelter Coalition, an alliance of over 30 organizations, public agencies and faith communities committed to ending hunger and homelessness through service coordination, public education and advocacy, according to the coalition’s website.

Every year the coalition honors individuals who have transformed their lives through assistance from housing agencies; the agencies will also be acknowledged at the Annual Breakfast.

“If I can give somebody else hope that they can do this too, that they can be happy and joyous and free and can be a productive member of society, I’d be happy,” she said.

When asked how it feels to be honored for her recovery, she said: “That’s what I want to do. To me that is spreading the message.”

Peterson’s advocacy includes speaking in panels hosted by her 12-step programs at detox and treatment centers as well as working with the CLARE Foundation.

“I have an amazing group of people in my life. I am really happy, really free,” she said. “There is a lot of recovery on the Westside that I was just not aware of and I simply want to give back what was freely given to me.”

As for the near future, Peterson plans to regain custody of her 10-year-old son this December.