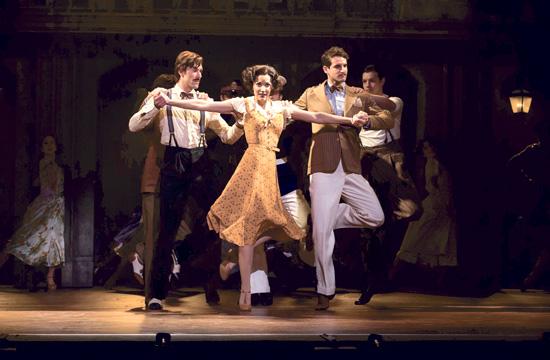 The national touring production of “Evita” has arrived at the Pantages Theatre in Hollywood, coming directly from the first new Broadway revival of the seven-time Tony Award-winning musical, since it debuted on Broadway more than 30 years ago.

The three-week engagement opened earlier this week; it will run through Nov. 10.

Eva Perón used her beauty and charisma to rise meteorically from the slums of Argentina to the presidential mansion as First Lady.

Adored by her people as a champion for the poor, she became one of the most powerful women in the world — while her greed, outsized ambition, and fragile health made her one of the most tragic.

“Evita” tells Eva’s passionate and unforgettable true story, and features some of theater’s most beautiful songs, including “Don’t Cry for Me Argentina,” “Another Suitcase in Another Hall” and “High Flying, Adored.”

The performance schedule is Tuesday through Friday at 8 pm, Saturday at 2 pm and 8 pm, and Sunday at 1 pm and 6:30 pm.

The Pantages Theatre is located at 6233 Hollywood Boulevard in Hollywood, just east of Vine Street, and the box office opens daily at 10 am except for holidays.