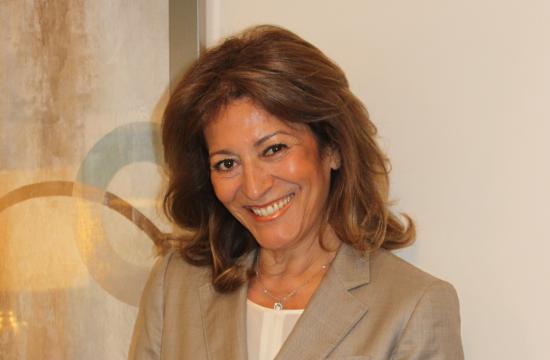 Fibromyalgia is just one of several chronic illnesses with no known cause, is considered permanent, and affects millions of Americans. Add chronic fatigue syndrome and irritable bowl syndrome to the list, and we have a scenario that affects millions of lives, and costs hundreds of millions of dollars annually.

And yet a local natural practitioner reports exceptional results, breaking through to the root cause of these complaints, leading people to become free of pain. Is it possible to create such a paradigm shift, contrary to the prevailing belief?

Each month in a small conference room at The Sheraton Delfina Santa Monica, or at her office, Viviane Oberhand runs her “4-Day Breakthrough To Wellness” program for people suffering from conditions such as fibromyalgia, irritable bowel syndrome, and chronic pain.

During the program, she says she guides clients to identify and then release deeply held emotional traumas and negative emotions, adding that clients typically go from starting at a pain level of 7-10 at day one, and arriving at pain level 0-1 by day four.

So how does it all work? Oberhand says that when a child or adult experiences a major trauma or abuse in their life – whether it is physical, verbal, or emotional – that person unknowingly creates a false belief about the event and themselves to survive the trauma, “lay low,” and keep living a normal life.

“When this happens they are making unconscious limiting decisions of who they are at that moment,” Oberhand says. “If that happens as a child, that limiting decision is still running the show in their life today as an adult, and can create havoc in the body.”

She says her work is about creating a powerful life-changing shift in people’s minds, allowing wellness to re-assert itself rapidly in her four-day program.

“We are all born with a divine blueprint map of our health inside of us,” she says. “When we have a scratch on our hand, it will heal and disappear in a couple of days. Or when a bone is broken, the blueprint guides the healing. We are not aware that the blueprint is at work, but we have this divine ability to heal.”

Oberhand says that inner trauma can block this blueprint, and keep people sick.

“If we have a reason to feel unworthy from trauma, it causes to us to have unconscious resistance to wellness, which blocks that blueprint,” she says. “By the end of the four days, the blockages are freed, the pain is reduced, and people feel the shift to wellness in more energy, clarity of thinking, letting go of anxiety, and a sense of ease and relief in the body.”

Oberhand says her program is able to remove the negative emotions from the body.

“Fibromyalgia is considered permanent, and my experience in more than a decade, working with hundreds of sufferers is that pain levels can go down to zero or one, and people will continue to improve over time in many aspects of their lives… jobs, relationships, enjoying life… because so much trauma underneath has been let go,” she says. “We are talking about the toxicity of emotion that they swallowed long ago and they don’t know what to do with it. So when trauma is removed a paradigm shift to wellness rushes in.”

Oberhand says her passion for healing stemmed from the agony she experienced from childhood to adulthood.

She says she was born into a negative environment where her father was an alcoholic who abused her physically and emotionally.

“I suffered repeated rape, incest, and abandonment,” she says.

She decided to leave her home country of France at age 32 and move to the United States.

“I went into a relentless spiritual quest of why God allowed such abuse to happen to me,” she says. “I went to psychotherapy, but nothing was helping me. They were just scratching the tip of my pain. The bottom was full of deep pain.”

It wasn’t until her early 40s she decided to take matters into her own hands to heal her pain, with intensive study and spiritual practice, eventually receiving several certifications in therapeutic modalities.

“I mastered the mind-body connection and realized I have a gift for intuitively reading people and tapping into what emotional root cause and trigger is working inside them,” she says. “I realize my suffering here on earth had a purpose – to allow me to understand the pain of others and to walk them back to wellness. It was all worth it.”

She says that she first applied the principles to herself, and finally parted ways with the emotional pain and anguish that she had held for more than 30 years.

“I kept evolving and growing,” she says. “My intention was to take what I had done for myself, and serve humankind to really make a difference. I continued to increase my spiritual knowledge. I knew it was powerful, but I had no idea how much of a gift I had.”

During a seminar she was attending in 2004, she found her first Breakthrough client – a doctor with an eating disorder.

Applying her unique program, she was able to help the doctor achieve what she had not been able to do on her own – end that eating disorder.

“To make a long story short, she invited me to team up with her,” she says. “She had a full practice of medically supervised weight-loss patients and she said ‘Viviane, I fixed their bodies but I cannot fix their minds. I’m failing. I need your help.’ She understood the impact of my work and I helped her patients overcome their inner blockages that had been in the way of their following the program to lose weight.”

That doctor referred her fibromyalgia clients to Viviane, expecting the same results. Success followed, and Viviane has helped chronic pain sufferers ever since.

Two years ago she launched the four-day group program that she limits to a maximum of 10 people. The next two will be offered Oct. 17-20 and Nov. 21-24.

She says she has helped more than 400 people overcome a wide range of conditions including fibromyalgia, irritable bowel syndrome, chronic pain and fatigue, severe anxiety, eating disorders, and certain addictions.

“People have been told these conditions are permanent and there is no known cause detected by a blood test, x-ray, or MRI,” she says. “In our program, we painlessly lead them to discover the underlying causes and triggers, to understand how they got there in the first place, and then how to magnificently let them go. I lead them every step of the way.”

While she says skepticism is normal, she says she is ready to serve and to give excellence to anyone who is open to recovering from pain.

“I don’t leave anyone behind,” she says. “My motto is ‘Consider It Done!’ I will find a way to help them get out of their traumas and back to who they truly are. That’s my commitment to the clients who want to get well.”

To learn more about the four-day program, visit FibroAlive.com.

Viviane Oberhand will present a free workshop “Five Secrets of Freedom From Chronic Pain” this Tuesday, Oct. 8 from 7-8:30 pm at the Reed Park Auditorium, 1133 7th Street, Santa Monica, corner of Lincoln. RSVP is required, call 888.353.8863 or go to FibroAlive.com/RSVP.