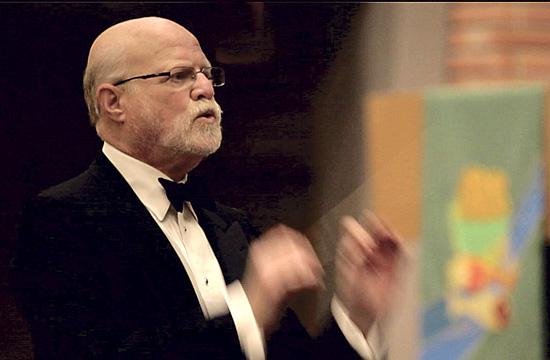 The Orchestra, under Music Director Allen Robert Gross, will be leading this concert at its intimate concert venue at Mt. Olive Lutheran Church at 1343 Ocean Park Boulevard in Santa Monica.

This concert will feature 15-year-old solo violinist Jiye Angela Bae, a winner of this year’s Music Center Spotlight Awards and a student at the Crossroads School in Santa Monica.

Born in Seoul, Korea, Bae began her musical aspirations at the age of three. As her mother sat her down for her first piano lesson, she began to gravitate toward the violin. Since then, they have been inseparable.

After attending several different preparatory schools, such as the Seoul Art Center Academy, The Preparatory School of Korea, and the Korea National University of Art, she began to study heavily with notable music professors, Junghyun Kim, and Namyun Kim.

As her opportunities continued to grow, she was invited to play at various concerts across the world. At the age of nine, she performed her first recital in 2005 at the Seoul Arts Center.

Her continued success eventually led her to Carnegie Hall, the Walt Disney Concert Hall in Los Angeles, the Vianden Festival in Luxembourg, and the Summit Music Festival in New York, where she trained with violin virtuoso Aaron Rosand.

Recently, she performed a duet with her teacher at the Bing Theatre in LACMA. She has also traveled to Europe in the summer of 2012 and 2013 for various performances with fellow musicians.

She is currently attending Crossroads School, studying with Phillip Levy, and lives with her family in La Canada, California.

Maestro Gross said Bae’s debut was a wonderful opportunity for both the Orchestra and the city of Santa Monica.

“We couldn’t be more excited and honored to feature Angela for our opening concert. She is a tremendous young talent with an incredible future ahead of her,” Gross said.

Executive Director Jennifer Frain said this concert was ideal for the classical music enthusiast and for those newer to an orchestral performance.

“You’ve got both the comfort and richness of Beethoven, and the flashiness of Lalo,” Frain said. “It’ll keep you on your toes!”

Orchestra Santa Monica has three concerts scheduled for next year – Feb. 23, March 30, and May 31.

All concerts will be held at Mt. Olive Lutheran Church in Santa Monica.