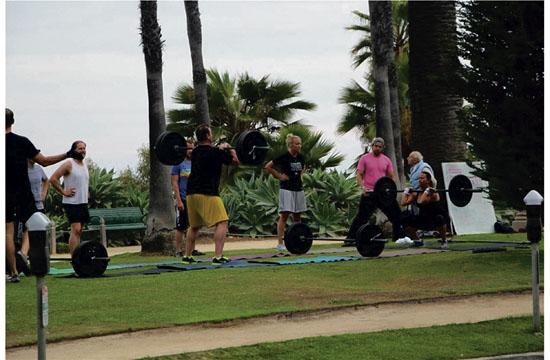 Editor’s Note: This is an open letter to the Santa Monica City Council from the Santa Monica Outdoor Fitness Coalition regarding the council’s vote to implement a one-year pilot program that regulates outdoor fitness classes.

The issue of regulating fitness training in Santa Monica city parks has been debated for more than a year, and last week the city council deliberated on an ordinance that would formalize that regulatory and permitting process.

The proposed ordinance represented a fair and equitable compromise that would continue to allow training in certain parks while imposing noise, equipment and time restrictions; training zones with caps on the number of groups that can train in each zone; and a limit on group sizes. The ordinance also proposed a use fee structure based on percentage of gross revenues paid by the trainers to the city.

The fees would be 10 percent of annual gross revenues for the use of approved parks, with the exception of Palisades Park where a 50 percent increase would be imposed, making the use fee 15 percent of gross annual revenues.

This fee increase for use of Palisades places a premium on what is unquestionably a very special park.

While some of the proposed restrictions would change the way trainers use the park, the Santa Monica Outdoor Fitness Coalition recognized it as a fair compromise, and supported the proposed regulatory framework.

However, during the final moments of deliberation, and after the public comment period was over, the city council dramatically changed direction on the fee structure going from a percentage based on revenue to a flat-fee structure.

The average trainer makes $40,000 annually. Using the percentage of gross revenues fee structure proposed by staff, 15 percent of that revenue would amount to a use fee of $6,000 to train groups in Palisades. For that same trainer, the flat-fee structure would require a fee of $8,100 – more than 20 percent of a small business’ annual revenues. This percentage is higher than was ever suggested by council or staff, and makes group training in Palisades completely out of reach except among the wealthy.

The fitness professionals who train the groups of moms working out with their babies in strollers and the seniors taking Thai-Chi, they are not in business to get rich. They are offering a needed service to people with modest incomes who can’t afford one-on-one training.

The Coalition is not opposed to a flat fee and recognizes the benefits to the city in fee collection and ease of enforcement. But these trainers will be out of business if required to pay 20 percent of their annual revenues.

We are very close to achieving a victory for our city, community, and small businesses by working together to negotiate a fair compromise. It would be such a loss after all parties have worked so hard, for that fair compromise to turn into heavy-handed overregulation because of a hastily-made decision that didn’t include public comment.

We hope that the council will reconsider the fees proposed, and adjust them to reflect the intent of the staff report and the comments and input of the majority of the public and the personal trainers who offer a needed service to our community.