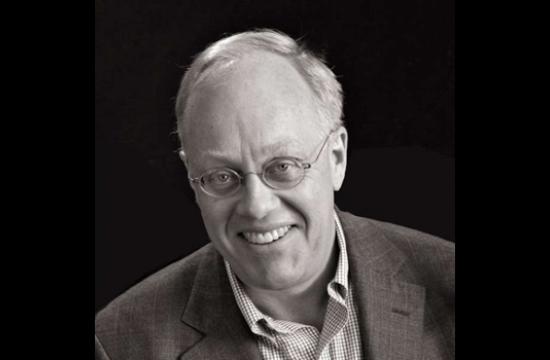 Pulitzer Prize-winning author and Truthdig columnist Chris Hedges will present his latest thesis, “The Myth of Human Progress and the Collapse of Complex Societies,” in a thought-provoking talk at the Santa Monica Bay Woman’s Club in Santa Monica at 11 am on Oct. 13.

The presentation will also feature a conversation with Truthdig Editor-in-Chief and syndicated columnist Robert Scheer, followed by questions from the audience. Premium tickets that provide an opportunity to meet Hedges are available.

In addition to addressing the myth of human progress, Hedges will explore the belief in the ability of our industrial and technological society to save us from collapse, a belief he calls a form of magical thinking.

He will look at effective forms of resistance and rebellion in an age of totalitarian capitalism and will discuss ways to keep our lives whole and sane as we begin to face the great unraveling.

Hedges will draw upon his nearly two decades as a foreign correspondent in Central America, the Middle East, Africa and the Balkans.

He is the author of twelve important works, including “Days of Destruction, Days of Revolt” (2012) and “Death of the Liberal Class” (2010). His book “War Is a Force That Gives Us Meaning” (2003) was a finalist for the National Book Critics Circle Award for Nonfiction.

In 2011, Nation Books published a collection of Hedges’ Truthdig columns called “The World As It Is: Dispatches on the Myth of Human Progress.”

The Los Angeles Press Club honored Hedges’ original columns in Truthdig by naming the author the Online Journalist of the Year in 2009 and again in 2011.

He will receive the First Amendment Award at this year’s Pen Literary Awards in Los Angeles, on the day after his Santa Monica presentation.

For more information and to purchase tickets visit www.truthdig.com/hedgesinperson.