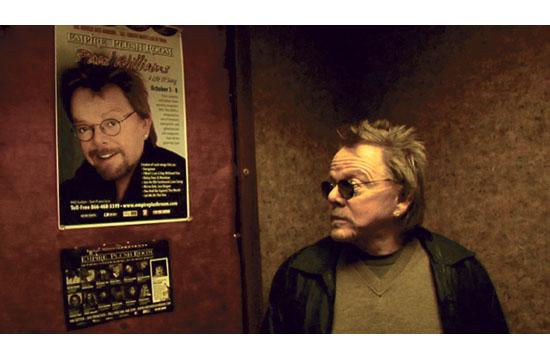 The REEL Recovery Film Festival arrives in Santa Monica today through Thursday, offering a unique line-up of films that showcase the drama, emotional honesty, and even the humor found in stories of addiction and recovery.

One of Hollywood’s leading recovery nonprofits, Writers In Treatment (W.I.T.), is presenting the festival.

It will be held at the Laemmle’s Monica 4-Plex, which is located at 1332 2nd Street in Santa Monica.

“In the past few decades, there have been numerous films exploring addiction and recovery, from comedies to thrillers, dramas to documentaries – a creative outburst that proves the stories of addiction are as diverse as humans themselves,” Buschel said. “By showcasing the best of this work, the REEL Recovery Film Festival provides a rare, nuanced, and honest portrait of a burgeoning global epidemic.”

Buschel said the festival features an opportunity for moviegoers to talk with filmmakers and well-known clinicians after most screenings.

“This traveling event is more than just a celebration of recovery and film, it’s an expansion of a dialogue between artists, treatment industry professionals, and a public eager to learn more about America’s number-one public health crisis,” he said.

This year’s festival features a screening of “Paul Williams Still Alive,” a charming, poignant, and funny documentary about a truly gifted artist for whom the end of fame was not the end of him, thanks to his 12-step lifestyle.

Williams himself will make a special guest appearance at the screening to answer questions following the film on Monday, Oct. 21 at 7 pm.

• Opening Night Party and 3rd Annual Recovery Media Award presented to In Recovery Magazine in collaboration with the National Youth Foundation and Str-8-Edge from 8 pm to 1 am at the Santa Monica Bay Woman’s Club, 1210 Fourth Street, Santa Monica.

• a showing of “Flight” followed by a talk by real-life pilot and recovering addict Larry Smith.

• a screening of the documentary “Perseverance,” about Dr. Billy Taylor, one of Michigan’s greatest running backs, featuring a special guest appearance by Dr. Taylor and director Dan Chace on Wednesday, Oct. 23 at 4 pm.

• In person: Frank Ferrante and the funniest movie about personal transformation ever, “May I Be Frank” on Thursday, Oct. 24 at 5 pm.

The line-up of films in the festival also encompasses features, shorts, and TV programs, including an episode from “It’s Always Sunny in Philadelphia” courtesy of FX Networks entitled “Charlie Rules the World,” about video game addiction on Monday, Oct. 21 at 1 pm.

Tickets are available for just $5 per film. For more information and to purchase tickets, call 818.762.0461 or visit reelrecoveryfilmfestival.org.