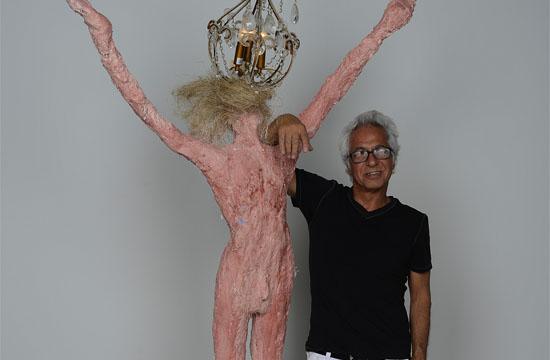 Thirty-eight painters, printmakers, photographers, sculptors and mixed media artists will open their studios for the event.

North and South Hangar Galleries will show the work of more than 10 additional artists.

Since it’s founding by Yossi Govrin and Sherry Frumkin, Santa Monica Art Studios has played a vital role in the Los Angeles art scene, presenting exhibitions with artists from Europe, Asia, New Zealand and Australia as well as across the US including two exhibitions included as part of Pacific Standard Time.

Artists in the studios have exhibited in solo and group exhibitions throughout the US, Europe and Israel. Several Santa Monica Art Studios artists have been awarded grants by the City of Santa Monica and independent grant makers to produce new work.

The studios have provided exhibition space for graduate shows of Santa Monica College Art Mentors Program and Laguna College of Art and have become an important venue for non-profit organizations to raise money for arts programs.

For six years the studios has hosted an annual event in which high school students create and mount exhibitions of student art that are then auctioned to raise funds for health programs in Nepal through the Spiral Foundation. The studios have also hosted exhibitions for groups promoting arts for the disabled.

For eight years the studios has hosted Categorically Not! a series of art and science lectures that included Nobel Prize winning scientists and internationally recognized journalists and artists.