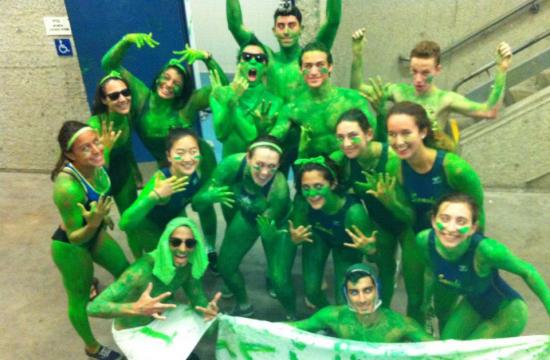 The principal of Santa Monica High School has cancelled the school’s annual Homecoming Rally next Friday citing disruptive behavior from grade 10, 11, and 12 students at a school assembly on Wednesday.

Principal Eva Mayoral issued an email and phone call to parents Thursday night explaining the decision, which has angered and upset many parents and students.

“Despite several requests to cease inappropriate, loud, and disrespectful group behavior, students continued,” Mayoral said of Wednesday’s incident in the email to parents. “This behavior derailed our mandated rules assemblies. Like you, I am reasonable. I don’t expect perfection. I do, however, expect that everyone on this campus be treated with dignity, compassion, and respect. This holds true for students, as well as adults.”

Mayoral said she expected that adult authority be respected, and that civility not be thrown to the wind.

“The safety of your children depends on this,” she said. “Large numbers of students showed their house principals an unwillingness to gather with respect and civility, thereby undermining our faith that we can hold a safe and respectful pep rally of 3000 students next Friday. Furthermore, I will not place presenters in a position of having any further hard practice undermined by misbehaving mob mentality, or unwillingness to adhere to the basic etiquette of gatherings: listening and following directions. For these reasons, the pep rally next Friday has been cancelled.”

Samohi Senior Class President Alex Harros, in an email to Principal Eva Mayoral, said he and the Senior Class were “very disappointed with the decisions of our peers which resulted in the consequence of the cancellation of the Homecoming Rally.”

“Paria Sheshpari (ASB President) and I have already begun to see posts on Facebook regarding possible walkouts and other childish responses to the cancellation,” Harros wrote. “However, we are spreading the word that it is in the Senior Class’ best interest to ‘not fight fire with fire,’ as Paria stated on her recent Facebook post, dissuading these rebellious ideas. We are working hard to keep the morale of our Seniors up and make the best out of the hand we have been dealt.”

Harros proposed to Mayoral to allow the Varsity Water polo team to run at the Homecoming game.

“When I broke the news to my fellow polo players today that the rally and the Greenie Run were cancelled, there was anger, tears, and a feeling of hopelessness on the pool deck,” Harros said. “I am sure that this gives you an idea as to what this event means to the Water Polo senior players. I won’t repeat what I mentioned earlier, but I want to emphasize how we have all been waiting to run for the past three years while playing for Samohi’s Water Polo Team. Every year at the Homecoming Rally, we have watched our seniors before us, paint their bodies green and run at the rally. The anticipation has bonded us to our predecessors. We have dealt with the loss of the Run at the game because we agreed that for the time being, the Run at the Homecoming Rally would suffice. However, now that the rally is cancelled, you can see how important it is for our Varsity team to run at the game.”

He continued, “I am asking you to think of how the seniors now feel.”

“Not only are we unsure about the run during the game, but now the sense of hope surrounding the run at the rally has been eliminated,” he said. “This event is what kicks off our season–the hype surrounding the Greenie Run instills not only pride in our program, but also the confidence needed to hit the ground running for the beginning of our season.

“On behalf of the Samohi Water Polo program I am pleading with you to allow us to run during halftime at the Homecoming Game. This is about tradition. Please don’t take that away from us.”

Samohi parent Dr. Sandi Leong, who has two children at the school, also wrote to Mayoral via email.

“So what is your end point? You are fearful of the mob mentality. So what are you going to do? Eliminate all rallies forever? No football games?” Dr. Leong said. “You made your point. Educate the students and allow them to try again with clear consequences. You need to be able to move forward. Rewards work better than punishments. I agree safety is important. But you need to teach and allow them to prove that they have learned the lesson. Please reconsider.”

Mayoral confirmed to The Mirror that Friday’s Homecoming rally had been cancelled.

“The decision was made at a team meeting on Thursday that included our Superintendent,” Mayoral said. “The day before during grade level rules assemblies conducted by our House Principals, students in the 10th, 11th, and 12th grade assemblies blatantly disregarded the attempts of the House Principals to restore order. They engaged in chanting and inappropriate auditorium wide clapping every few words.”

Mayoral said the more requests there were to cease this behavior, the more students engaged in the behavior.

“This derailed all three assemblies,” she said. “Had this been a few students our response would have been very different. Sadly, however, it was most students. While my heart breaks for those students who did not engage in this behavior, the fact of the matter is, they were in the extreme minority. It was the fact that students en masse disregarded these administrators, and despite multiple calls for quiet attention, continued with their disruptive behavior, that undermined our ability to feel we could safely have a gathering of 3000 students in our Greek. Hence, our decision to cancel the pep rally.”

She said she had a baseline responsibility for which she was charged to keep the school’s kids safe.

“And while any number of factors outside my control could jeopardize this safety, when these are compounded with mob mentality behavior, and blatant disregard for calls for attention, my concerns rise exponentially,” she said. “It doesn’t take too vivid an imagination to come upon the many reasons these days why we might need our students’ attention fully and quickly. Should a danger present itself at home with just a few kids, parents are able to quickly rivet their kids into attending to their safety directions through use of tone and facial expressions, and most likely all are aware of some aspect of whatever is screaming danger. This is a much different case when you are attempting to communicate with 3000 students. None of these cues are available to students in a large group of 3000 plus. Rather, you must rely on trust that students will respect the adult authority of the school and maintain basic assembly etiquette.”

Mayoral said “all our kids are great kids” and they “simply made a poor set of decisions.”

“Now we grow,” she said. “We learn behavior has real consequences. Kids have been having conversations in classrooms all over campus Friday. We will grow. My hope is that we can maximize the speed and depth of this growth by working together. I’m hoping we will grow to the space where we can have many more rallies this year. But we must know the kids can be safe. Please know that I truly do get all the benefits of rallies.”

She said she wanted her core to pull the kids together as a community.

“I know the power of rallies for this,” she said. “But also important in building of community is how we treat one another. I am heartsick over this. I am pained that some think this is about power. I could care less about that. I have no need to wield or over-wield power. But I do have a need to do all I can to send every parent’s child home safely at the end of every day, and to build Samohi as a community where everyone feels (and is) valued, safe, and in an environment where we can maximize growth and learning.”

SMMUSD Superintendent Sandra Lyon confirmed the decision was made by Principal Eva Mayoral, adding: “I support her decision.”

“This was not an easy decision for Ms. Mayoral and the administrative team to make, but after the inappropriate behavior of so many students and the unwillingness of the students to follow simple adult directions, the prospect of a safe assembly of 3,000 students in the Greek was an enormous concern,” Lyon said. “We know parents want us to create a safe, respectful learning environment for students and staff. Sometimes a step like this must be taken to ensure that such an environment is created for the entire school community.”