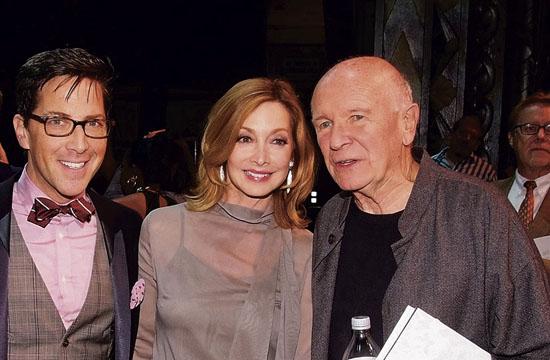 In a whirlwind of theatrical activity, The Skylight Theatre Company kicked off its first annual event honoring American playwrights, launching the program in a four-day tribute Sept. 26-29 to Terrence McNally, one of America’s greatest literary treasures.

His works have been honored with multiple awards, including four Tony Awards and four New York Drama Critics’ Circle Awards for “Love! Valour! Compassion!,” (Best American Play), “Master Class,” and for his musical books for “Kiss of the Spiderwoman,” and “Ragtime.” He was also honored with a Drama Desk Award for for “Lips Together, Teeth Apart.”

McNally’s other plays include “Corpus Christi,” “Dedication or The Stuff of Dreams,” “The Stendhal Syndrome,”  “Some Men,” “The Full Monty,” “Kiss of the Spider Woman,” “Catch Me If You Can,” “The Rink,” and “A Man Of No Importance” as well “Bad Habits,” “Frankie and Johnny in the Clair de Lune,” “The Lisbon Traviata,” and “Deuce,” which marked the return of Angela Lansbury to the American stage.

Earlier works include “And Things That Go Bump In The Night,” “Where Has Tommy Flowers Gone?,” “Next,” and Pulitzer Prize finalist, “A Perfect Ganesh.”

His brilliant writing was not restricted to stage and film as his television script “Andre’s Mother,” earned him an Emmy.

Among the other activities offered over the weekend was a panel discussion themed “Does it Take One to Know One?” moderated by Dan Bucantinsky, Executive Producer of “Web Therapy.”

Participants were writers who focus on gay themes and characters.  In addition, a master class on writing was given by McNally.

The grand finale took place at the packed Saban Theatre, and was a moving, entertaining celebration of the enormous body of McNally’s award-winning works.

Celebrity guests read excerpts from some of plays including “The Full Monty,” “Kiss of the Spiderwoman,” “Love! Valour! Compassion!,” “Catch Me If You Can,” “Ragtime,” “Master Class,” and “A Perfect Ganesh.”

In between the readings, there was also wonderful entertainment and heartfelt tributes to McNally from high-profile celebrities including the very amusing Norma Lear.

The Skylight Theatre Company focuses on educating and nurturing artists through its various INKubator development program, offering playwrights an opportunity to workshop their plays in front of an audience.