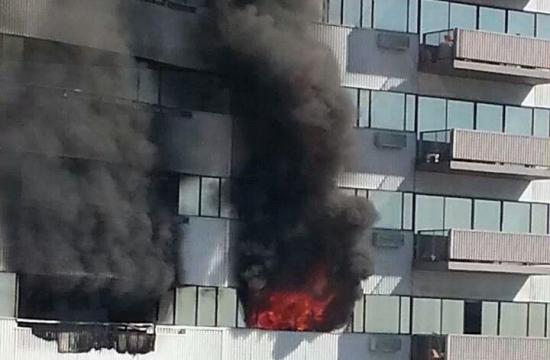 The three firefighters injured Friday at the 11th story fire in a West LA residential building have been released from hospital and remain off-duty, according to Los Angeles Fire Department spokesman Brian Humphrey.

“Sadly one pet dog proved beyond our help and died at scene,” Humphrey said. “The fire, which demanded more than 20 percent of on-duty LAFD personnel to extinguish, remains under investigation.”

Humphrey said residents of 51 of 240 total in building units (estimated 100-150 persons) have been displaced.

“Many are being assisted/sheltered by the American Red Cross,” he said.

The fire in the 25-story residential Barrington Plaza complex in the 11700 block of Wilshire Boulevard in West Los Angeles started at about 11:45 am Friday.

The blaze was kept to a two-bedroom unit and knocked down in 71 minutes, with 214 firefighters responding.