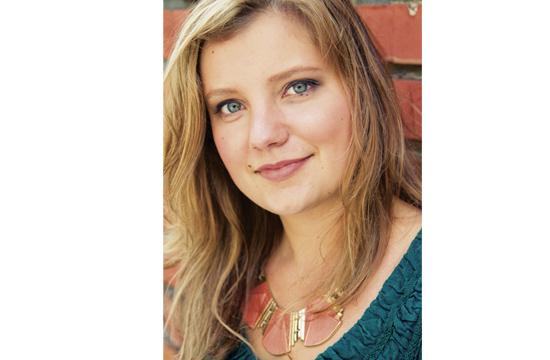 When she was four years old, Fleur Stone began talking openly about dead people she had never met, describing their physical attributes, and drawing figures with auras around them.

Now aged 23, she is a professional psychic medium who uses her uniquely acute intuition to help bring closure to loved ones who seek answers from family and friends who have passed on.

This Saturday night, Fleur will conduct a demonstration titled “Experience How the Soul Lives On” at the Edgemar Center for the Arts in Santa Monica.

“I realized early on that nobody was drawing people the way I was with colors around them,” Fleur said. “As a kid, after a while you start seeing that no one else is seeing what I’m seeing and you kind of shut up about it. When you’re still in that early age, you don’t really have a filter, you just see it as you see it.”

Fleur’s parents were taken aback by the accuracy of her stories and tales of people she’d see, but attributed her habits to an overactive imagination.

It wasn’t until she described her late great-grandparents to her mother when her parents realized she was more than merely an imaginative child: Fleur told her mother their nicknames, physical characteristics, and even described their relationship.

As a college junior on the track to medical school, she visited a professional psychic medium for answers to a medical issue she suffered. The medium told Fleur she’d go on to help people in the same manner within a few years.

Although she looked forward to medical school her whole life, signs directed her sights elsewhere: applications would turn up unfound; she wasn’t listed for classes she signed up for; paperwork would get lost.

“Event after event caused me to sit back and ask myself why this was not working,” Fleur said.

Reluctantly she entertained the idea of mediumship, first beginning with free readings on a small scale and later paring down medical endeavors by graduating early to focus more keenly on mediumship.

“I am quite thankful for the college route,” she said. “I call on my medical knowledge when I need to bring forth medical answers from the other side. A demonstration of mediumship is the ability to reach more people than I would normally be able to reach.”

Clients have waited up to a year to get readings with Fleur.

She said the gathering of about 50 people would consist of 10-minute connections with audience members throughout the night.

“It is an amazing community feel because you get to see the stories of other people,” she said. “It allows for a larger scale and exposure to mediumship. It also allows other people to see the connection between friends and family who have passed over. It’s a beautiful thing.”

Fleur believes everyone has “it,” the ability and intuition necessary to communicate on an energetic and spiritual level.

“It’s just a matter of tapping into it,” she said. “The other side has a soul, a presence that we have in our own bodies. It is just that they now lack the physical aspect of themselves. So when we connect with the other side we harness the energy we already have.”

The two-hour demonstration will take place at 7:30 pm at the Edgemar Center for the Arts, which is located at 2437 Main Street, Santa Monica.