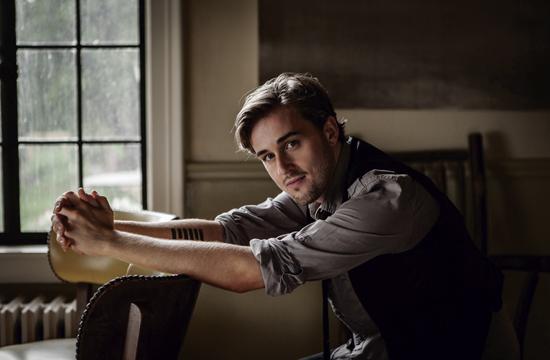 Nationally touring pop/folk artist Seth Glier will be performing in Santa Monica on Saturday night at 7:30 pm for a show with Crystal Bowersox at McCabe’s Guitar Shop.

Despite his relatively young age, Glier is a seasoned troubadour based in Massachusetts who is a singer, songwriter, pianist, and guitarist.

Averaging more than 250 live performances annually, Glier has gone from opening act to headlining his own shows and playing major folk festivals.

He’s shared the stage with artists as diverse as James Taylor, Ani DiFranco, Martin Sexton, Emmylou Harris, and Ryan Adams and has quickly become known for his passionate live sets.

His music has also caught the ears of fans, industry, and critics alike.

The incredible acclaim on his sophomore record, “The Next Right Thing,” led to the single “Lauralee” hitting number one on Clear Channel’s “NEW! Discover & Uncover” program as well as a Grammy nomination.

As a national spokesperson for Autism Speaks, an advocate for Musicians On Call, and with a Rock The Vote Road Trip 2012 stop under his belt, Glier has become increasingly comfortable expressing his social beliefs, both onstage and off.

In 2012 he took home Best Social Action Song for his track “The Next Right Thing” at the 11th Annual Independent Music Awards, his second IMA win.

Glier’s third album on MPress Records, “Things I Should Let You Know” is steeped in all the most gorgeous aspects of Americana, folk, blues, pop and soul with each of the 13 tracks it encompasses telling its own story, weaving tales of love, pain and epic self-realization from a young man coming into his own, all wrapped in sweeping melodies and striking vocals.