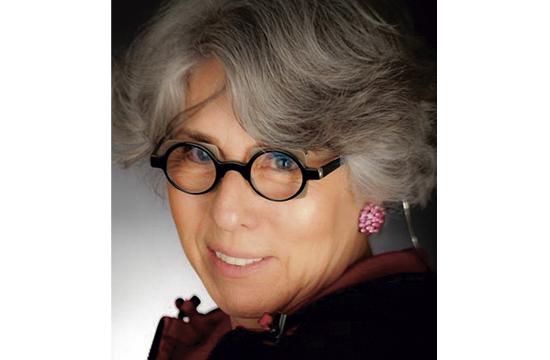 RoseMary Regalbuto is retiring in a few days on Dec. 2 after 26 years at Meals on Wheels West.

“I loved the job and I still love it and it fulfilled me as a person,” Regalbuto said. “It’s been wonderful for me. I got a tremendous feeling out of this job – a feeling of self, of accomplishment, and doing something that other people benefit from.”

Regalbuto, the CEO of Meals on Wheels West, reported with pride that 80,000 meals were delivered to homebound seniors in 2013.

Meals on Wheels volunteers deliver two meals a day and a daily newspaper. They bring homebound seniors voter registration materials and keep them informed about City services and other available services. The volunteers get to know the people on their route.

“It’s all fresh,” Regalbuto said, “and prepared under the supervision of a dietician and approved by the County.”

The Farmer’s Markets are now supporting the Meals on Wheels West program. Fresh fruits and vegetables are part of every meal. Participating farmers get tax credits.

“I’m amazed at how generous people are,” Regalbuto said.

Money comes from public donations and Meals on Wheels West holds regular events that have become important occasions in the community. LA Marathon runners raise funds for Meals on Wheels West. The City of Santa Monica contributes $45,350 per year while LA County contributes $102,000. More money is raised from direct mail solicitations. It takes a lot of money to prepare 80,000 healthy meals and this year’s budget is $775,000.

Volunteers deliver all the meals. Meals on Wheels have almost 500 volunteers who work with Volunteer Coordinator Joanna Vasquez. Volunteers tend to stay a long time.

Betty Darling, a volunteer, told RoseMary, “Bringing people meals is like visiting my friends.” Google volunteers have a route they do every Thursday.

“They get to know their people,” Regalbuto said. “They held an art show for one of the people on their route who is an artist.

“Volunteers are on the front lines. The volunteer may be the only person the majority of the clients see that day. Most clients are between 85 and 105. We now have three over age 100. Our youngest client is 27, she was in a car accident, and will be homebound throughout her recovery,” Regalbuto said.

The program that inspired the American Meals on Wheels started in England during the Blitz. Meals were delivered to people who had lost the ability to cook their own food because of the bombing of England by the Nazis.

This group, named The Women’s Volunteer Service for Civil Defence came about when the group started to deliver meals to servicemen.

The first home deliveries in England used old prams with food packed in straw to keep the meals warm in transit.

Now Meals on Wheels delivers meals in England, Canada, Australia, and the U.S. to the housebound. Most, but not all, of the recipients are elderly.

Although it wasn’t yet called Meals on Wheels, the program got its U.S. start in 1954 in Pennsylvania. High School students delivered meals to homebound seniors and other people unable to leave their houses or to prepare their own meals. Recipients were visited once a day and received a hot lunch and a sandwich and milk to be eaten at dinner. The idea spread to Ohio and New York.

In 1960, in San Diego, CA, a group of women started Meals-on-Wheels of Greater San Diego and 50 some years later that organization is still providing meals and human contact to housebound seniors.

The national association, Meals on Wheels Association of America, used the San Diego model to create the national program to keep seniors independent in their own homes.

Meals on Wheels West is central to making it possible for many homebound seniors to stay in their own homes and often the Meals on Wheels volunteer is their only daily contact. Because the volunteers stay with the organization for so long and deliver meals to the same people they often develop significant and lasting connections.

Thanksgiving is the perfect time to talk about the work of RoseMary Regalbuto. She lives the words of the poet Maya Angelou, “When we give cheerfully and accept gratefully, everyone is blessed.”