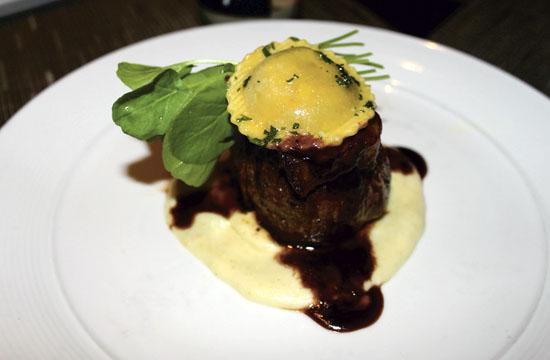 Le Méridien Delfina Santa Monica, formerly the Sheraton Delfina on the corner of Pico and 5th up until mid-September, has flipped its two dining venues as part of the hotel’s rebranding efforts.

This is on top of a regular menu that has create your own omelet, waffles, pancakes, crepes, and eggs benedict, among others.

Longitude is located near the Le Méridien Hub, offering different atmospheres during the day defined by music, lighting, and service.

Owned by Pebblebrook Hotel Trust and managed by Viceroy Hotel Group under the umbrella of Starwood Hotels & Resorts, the rebranding of Le Méridien Delfina Santa Monica has seen a transformation of the hotel’s 310 guestrooms, public spaces, and meeting rooms.

“This hotel has a certain brand,” Ryan said. “Viceroy and its ownership have looked at the location and rebranded it appropriately to be competitive and to bring the building and its food and beverage operations into a new arena.”

“The operation here has a great lounge common area,” he said. “It doesn’t have a built restaurant per say – it’s much more of a casual meeting base. It’s smaller, simpler, and seasonal – all of the buzz words that go around.”

“Since Le Méridien is part of the Starwood Brand, (Michelin-starred chef) Jean Georges Vongerichten has a presence here in the breakfast menu,” he said. “There’s a spiced oatmeal soufflé and spinach and herb buckwheat crepes, which are two signature items that come through the relationship with Jean Georges and the Starwood Brand.”

“From a local’s standpoint, the versatility of a smaller, more intimate dining venue is much more susceptible to a regular restaurant where we can change the menu regularly,” he said.

Lunch is served daily from 11 am to 5 pm; dinner is served from 5 pm to midnight daily.