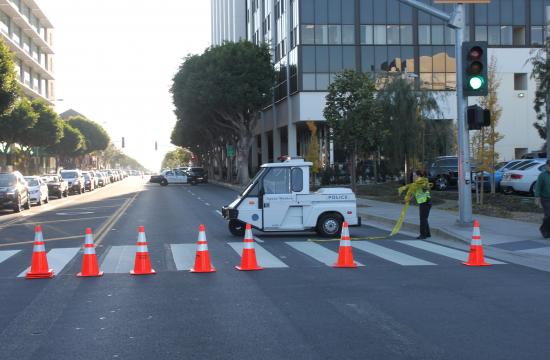 Santa Monica police are investigating a suicide after a man allegedly “walked off” the roof of Medical Centre of Santa Monica at 2001 Santa Monica Boulevard shortly after 1 pm Monday.

SMPD Sgt. Jay Moroso said a 25-year-old man was seen inside the ground level pharmacy of the medical building at about 1 pm.

“He appeared to be getting a prescription refilled in the pharmacy,” Moroso said. “He was then seen on the roof of the building, leaning over the edge and smoking a cigarette. Moments later, and as police were responding, he walked off of the ledge and fell to the ground.”

Moroso said the man was pronounced dead at the scene.

“It is unknown why the man killed himself,” Moroso said. “Identification of the man is being withheld pending notification of his family.”