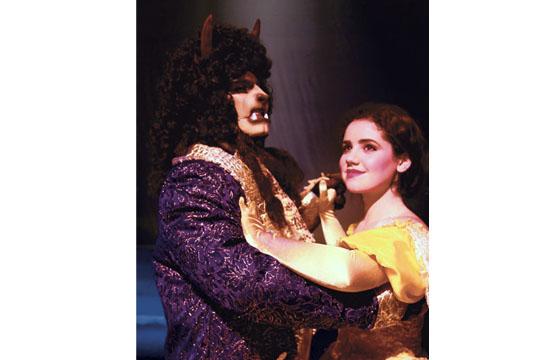 Step into the enchanted world of Disney’s “Beauty and the Beast Jr.” at Santa Monica’s Morgan-Wixson Theatre this Saturday through Dec. 14.

Featuring songs from the Academy-Award winning animated feature, this stage version includes music by Alan Menken and Howard Ashman, along with new songs by Menken and Tim Rice.

Be transported to the heart of provincial life in a lovely French town.

When Maurice becomes lost in the woods on the way to the fair, he seeks shelter in an old castle, but the master of the castle is a horrible beast that takes him captive. Maurice’s daughter, Belle, must then give up her freedom to save his life.

Belle’s taming of the unfortunate Beast and his ultimate transformation back into a handsome prince is a beloved fairy tale about very different people finding strength in one another and learning how to love.

In August 2012, the readers of LA Parent magazine voted the Morgan-Wixson’s Youth Education/Entertainment Series as one of the top two Children’s Theatres in all of Los Angeles.

The Morgan-Wixson’s Annual Youth Musical is a local tradition, now in its 18th year, and every one of those productions, including Disney’s “Beauty and the Beast JR.,” has been directed by Anne Gesling, who continually manages to bring the patrons out in droves to see her productions.

In 2011, the theatre had record-breaking ticket sales with the Gesling-directed youth musical “Seussical” and the Los Angeles premiere of “Pinkalicious, The Musical.”

Gesling continued her successes in 2012-2013 with last season’s box office pleasers “Once Upon a Mattress,” “Freckleface Strawberry: The Musical,” and “Madeline & The Gypsies.”

She recently produced sold-out performances of “Le PeTiT CiRqUe: The Journey of You” and this past summer, she directed the smashing success “Spamalot!” on the Morgan-Wixson main stage that was also choreographed by Lauren Blair.

Performances of “Beauty and the Beast Jr.” will be held Saturdays and Sundays at 2 pm.