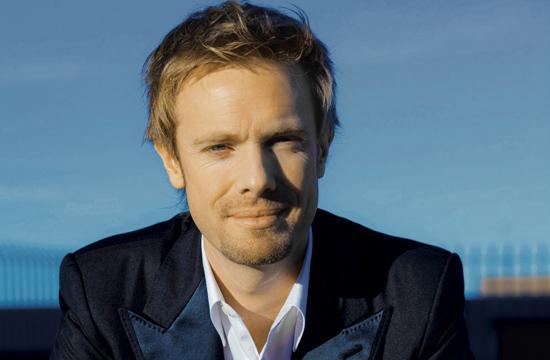 Von Oeyen, who last appeared with the orchestra in the 2010 season, will play Franz Joseph Haydn’s Concerto in D Major for Piano & Orchestra, Hob. XVIII:11 and Sergei Prokofiev’s Piano Concerto No. 4 in B-flat Major for Piano Left Hand, Opus 53.

The performance will take place Sunday at 4 pm at Santa Monica’s Barnum Hall, located at 601 Pico Boulevard in Santa Monica.

Von Oeyen was born in Malibu, California in 1979 and began piano lessons at age five.

He made his solo orchestra debut at age ten and at age sixteen made his debut with Esa-Pekka Solonen and the Los Angeles Philharmonic. He performs regularly with major orchestras in performances around the world. In addition to his orchestral appearances, he tours extensively as a recitalist and appears frequently in duo recitals with violinist Sarah Chang.

The lively and informative pre-concert discussion called Hear & Now about the music on the program begins at 7 pm on Friday and Saturday evening and 3 pm on Sunday afternoon. The programs are free and open to ticket holders for the respective performances.

Tickets for this weekend’s performances are priced from $25 to $98 and available by phone, 9 am to 5 pm, Monday through Friday at 1.866.776.8400. Tickets are also available online at www.newwestsymphony.org.