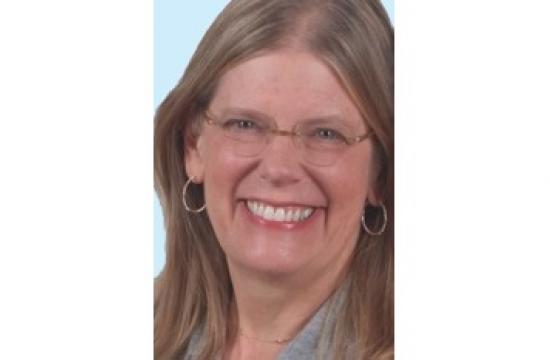 “Despite the unanimous opposition of every one of the neighborhood associations, as well as opposition from the Recreation & Parks Commission and the Landmarks Commission, the Council chose to allow commercial fitness trainers in Palisades Park,” says Patricia Bauer, Co Vice-Chair of NOMA (North of Montana Association). “We’re very disappointed. NOMA will be continuing to discuss this issue. Personally, I’d like to see the Council reopen the conversation about the parks ordinance and remove Palisades Park from the list of parks in which commercial training is permitted.”

Patricia Bauer was born in Detroit, went to the University of Michigan at Ann Arbor, worked at the White House Press Office during the Carter Administration, and went on to work at the Washington Post. After she and her family moved to Santa Monica, she worked at the Los Angeles Times.

“We came here for the schools and the fresh air, and we fell in love with the town,” Bauer says.

Bauer was pulled into local politics when the City proposed to replace the iconic palm trees in her neighborhood, on an as needed basis, with sycamore trees.

Bauer loves sycamores but this was not the right location – the palms are the signature tree of her neighborhood. They were part of the identity of the neighborhood and Patricia Bauer, as she would learn later, was only one of many neighbors opposed to the plan.

Support for keeping the iconic palm trees was high and the neighborhood pulled together to save them. Their efforts were successful and “the City reversed course and agreed to replace palms with palms on the historic palm streets,” said Bauer. “Then we went on to work together to revitalize NOMA.”

Now, as Co Vice-Chair of NOMA, Bauer is a leader working with NOMA to actively oppose the commercial use of Palisades Park by fitness trainers, whose presence in the park has grown in recent years.

In their letter to Council Members NOMA wrote:

“We are now faced with the prospect of city-authorized private businesses using Palisades Park land for profit-making purposes that directly contradict the original intent of our founders. If the ordinance is enacted as currently written, private businesses will be free to use taxpayer-supported lands as their private fiefs, interfering with the public’s use and enjoyment of the historic lands that make up Palisades Park.”

Bauer adds all the neighborhood organizations are talking with one another on this and many other issues.

“On development, NOMA has gone on record calling for the Council to slow down its rush to develop the city,” Bauer says. “Our residents are happy with the size and scale of our built-out city, and are concerned about growing traffic and congestion around town. They strongly question whether the intense development that is contemplated now will worsen the quality of life for everyone.

“Voters wonder: Where’s the accountability, and why did the Council vote down a measure that would have them disclose their campaign connections before voting? Why is it okay in Santa Monica for council members to vote on measures that are backed by the campaign contributors who put them in office? Why are the developers’ voices heard so much more strongly than the voices of taxpayers, residents and voters? Whose interests are really being served here?”

“Follow the money,” famously said the investigative journalist Bob Woodward in “All the President’s Men.”

It was advice Patricia Bauer often heard him give when she was a new reporter for the Washington Post. Now Bauer is asking that question about the Santa Monica City Council.

“When you look at Mayor Pam O’Connor’s campaign contributions, as publicly reported, both before and after the recent elections her campaign was heavily financed by developers,” Bauer said. “Ms. O’Connor had campaign debt from her 2006 election. In March of 2008 people associated with one developer paid it off. That developer is Hines, the company behind a massive project that is currently proposed for the Bergamot property. People have begun to wonder about the Mayor’s close relationship with that developer.

“It’s interesting to note that something similar also happened in March of 2005, following Ms. O’Connor’s election to Council. Her campaign debt then was also paid off by people associated with a developer who had a pending development proposal in the city: Macerich.”

“I have a sense, and am hearing all over town, that others share my sense, that people feel the Council is ignoring the wishes of the residents. Anger is building. People are feeling ignored. When voters get angry, they speak with their votes.”

So says Patricia Bauer of NOMA.