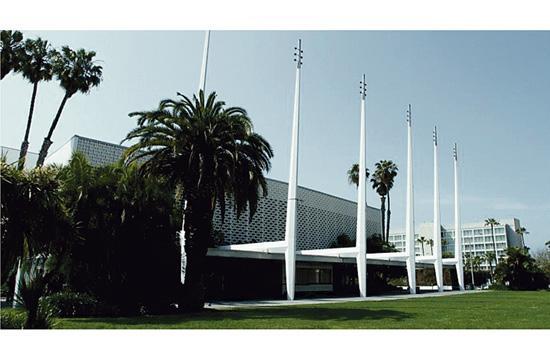 Not necessarily a case of calling in the cavalry, the Santa Monica City Council made a few appointments Oct. 22 to a new group ordained with finding a way to bring the Civic Auditorium back to life after it went dark four months ago.

The council made nine appointments to the Civic Working Group (CWG) at its Oct. 22 meeting, including four members who serve or served on local commissions and five stakeholders.

Still, the CWG now has nine members who are tasked with reviving the 55-year-old venue where the Oscars once called home and many top performers, such as The Rolling Stones, performed.

Upton heads the Santa Monica-Malibu Unified School District’s Facility Use Department and is primarily responsible for the operations of Barnum Hall, according to City staff.

Joining the five members “with broad knowledge of Santa Monica” is four who serve or served the City on a commission: Phil Brock (Recreation and Parks); Nina Fresco (Landmarks); Frank Gruber (Planning); and, Ian Katagiri (Arts).

Eventually complementing the nine-member CWG will be the three-member Technical Advisory Committee.

“This Subcommittee would be comprised of individuals with extensive professional and technical expertise associated with the CWG objectives, in particular the financing, management and programming of venues similar to the Civic,” City staff stated.

The nine members selected were appointed to a two-year term.

“The appointment of this smaller group is not time sensitive and staff believes that it would be wise to delay finalizing its composition until the CWG is appointed, consultants have been selected, and the group has begun its work,” City staff stated. “At that point the group as a whole will have a better sense of the areas of expertise that will be the most valuable.”

Cusick had previously told the council revitalizing the Civic Auditorium could take at least five years and cost $50 million or more.

However, with the loss of redevelopment funding in 2012, the City’s plans with Nederlander was put on hold. Since then, City Hall made the tough decision to close down the Civic Auditorium.

After the Civic Auditorium went dark July 1, council members approved the creation of the CWG at their Aug. 13 meeting.

The CWG is expected, according to City staff, to “provide input on the development of recommendations for the renovation, programming and long-term operation of the Civic. Council also approved an interim operations budget and the one-time allocation of funds for market feasibility and economic analysis of the preferred uses.”

There were 28 candidates for the CWG’s five community openings, City staff stated. Another 14 people threw their respective hats into the ring for the Technical Advisory Subcommittee, City staff added. A few people had submitted applications for both openings.

City staff whittled the 28 candidates for the CWG to 10 recommendations, of which five were selected.

The Technical Advisor Subcommittee “would be comprised of individuals with extensive professional and technical expertise associated with the CWG objectives, in particular the financing, management and programming of venues similar to the Civic.”