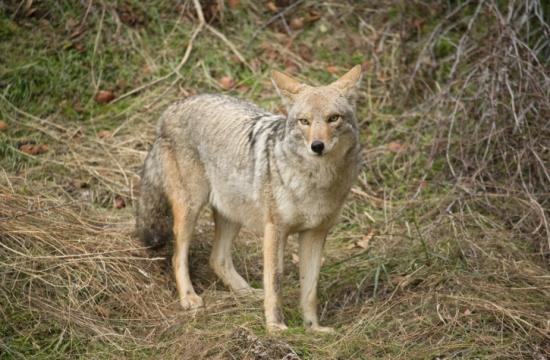 The Santa Monica Police Department has recently received information that several people in Santa Monica have spotted coyotes within the boundaries of the city. There have been unconfirmed reports that these coyotes have attacked dogs, cats, and in one instance, a rabbit.

The SMPD has released the following public bulletin regarding preventative measures that should be taken.

When living and working in Santa Monica there are reminders everywhere that we live in an urban area. The city is densely populated with roads, traffic, homes, business, concrete, and asphalt.

The Santa Monica Mountains are home to many species of animals and at times, urban sprawl causes them to interact outside of their natural habitat.

The City’s Animal Control Unit is actively taking steps to capture the coyotes.  You can help in several ways.

Do Not Feed Wildlife

Although we like to think that we are helping wildlife by providing food, the reality is that:

·  Supplemental feeding encourages wildlife to become dependent on handouts that are not part of their natural diets.

·  Juvenile animals that are taught to depend on humans sometimes never develop normal foraging behavior, and could starve if the artificial food sources are removed.

·  Human foods are usually nutritionally inadequate for wildlife and may lead to subsequent health problems.

·  Wildlife may lose their fear of humans and pets, a behavior that could result in wild animals not avoiding contact with aggressive dogs and cats, or people who might intentionally harm them.

·  Wild animals being fed by humans may congregate in unnaturally high numbers, increasing the chances of disease transmission.

What You Can Do

·  Keep garbage in sturdy garbage cans with secure lids. Thoroughly rinse bottles and cans for recycling, and put compost in closed bins instead of in an open compost pile.

·  Pets such as cats, rabbits, and small dogs are easy prey for coyotes.  If you suspect the presence of coyotes in your neighborhood, keep these pets indoors.  Do no leave small children unattended in areas known to be frequented by coyotes, even in your yard.

Do Not Provide Shelter For Wildlife

Following these precautions will help prevent potential problems and will allow you to peacefully coexist with wildlife.

·  Spray a little ammonia in your trash can several times a week to cut the odor of food.

·  Place moth balls or moth ball cakes in areas where coyotes sleep or hang out to deter them from staying.

·  Motion-activated devices such as lights, strobe lights, and sprinklers can be useful.

·  Use radios that are set to talk or news stations to help deter the coyotes.

·  Use a Coyote Shaker. A can containing a few coins which can be shaken and thrown at the coyote.

·  Throw balls or rocks. Bang two pans together, blow a whistle, use an air horn, or use a high-pressure water sprayer.

·  Alternate the deterrents to prevent the coyote from getting used to one method.

What should I do if a coyote approaches me?

·  Wave your arms. Shout in a low, loud tone. Throw objects at the coyote while maintaining eye contact.

·  Make yourself look as big as possible; if you are wearing a jacket, open it up like a cape. If possible, go towards active or populated areas, but do not turn your back on the coyote.

How can I keep my dog safe?

·  If you live in coyote country, closely supervise your dog.

·  Walk your dog on a leash at all times and stay close to high-pedestrian traffic areas.

·  Try not to establish a regular routine and route to avoid setting up a pattern for the coyote to detect.

·  If you notice a coyote when walking your dog, keep your dog as close to you as possible and move towards an active area.

·  Never encourage or allow your dog to interact or “play” with coyotes.

Taking these steps will diminish urban food sources available to the coyotes.  This, along with the other measures mentioned will make you and the community safer.